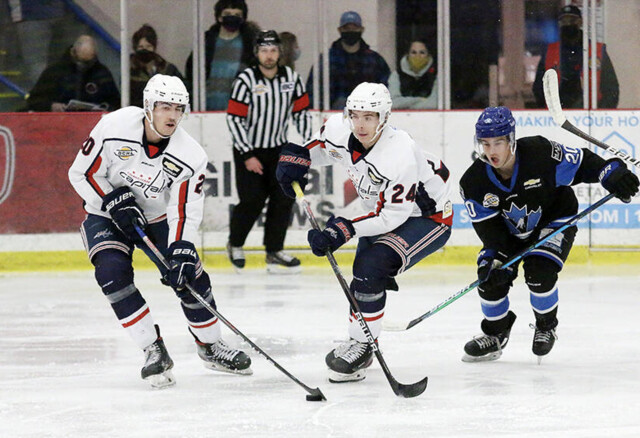 In a three-team trade, the Penticton Vees have acquired a new defenseman from the Coquitlam Express.

Simpson, 18, played with the Capitals to begin this season, racking up two goals and three assists. Prior to that, he played with the Boston Jr. Bruins of the National Collegiate Development Conference, where he scored one goal and four points in 13 games.

The Vees are excited to welcome Simpson and his family to the team and to the South Okanagan. They also thank departing defenseman Vardy for his contributions.

It has been an excellent season so far for the Vees, with a 12-2-0-0 record. They return to home ice this Friday night to face the Merritt Centennials at the South Okanagan Events Centre.

Puck drop is at 7 p.m. Grab tickets here, or listen/watch live on Bounce Radio 800 or BCHLTV.ca.