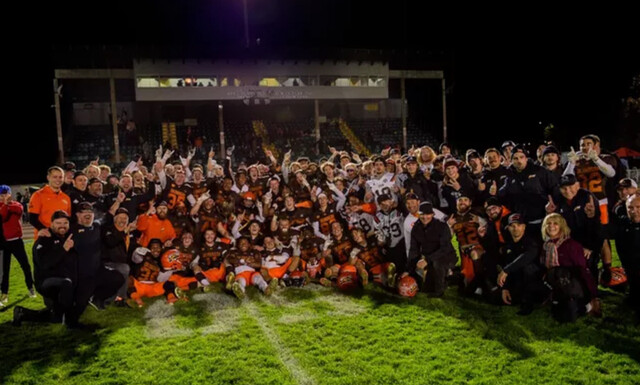 A GoFundMe campaign has been set up to help raise money to get the Okanagan Sun to the CJFL championship game in Regina in less than two weeks.

"They require sponsors and donors to help cover the travel expenses where they will represent the Okanagan on a national stage," the GoFundMe campaign states.

"The Sun is a nonprofit organization and depends on ticket sales, sponsors, donations and volunteers to fund and operate the organization."

The team does receive travel money for a specific number of players, coaches and other team personnel, however the Sun are hoping to leave a day earlier and bring additional players with them to Regina.

This will be the second trip for the Sun in a three week span.

They travelled to Windsor last week for the CJFL national semi-final, which they won 42-23 setting up the Nov. 12 showdown against the Regina Thunder.

The Sun are making their first trip to the Canadian Bowl since 2015 when they lost 38-24 to the Saskatoon Hilltops.