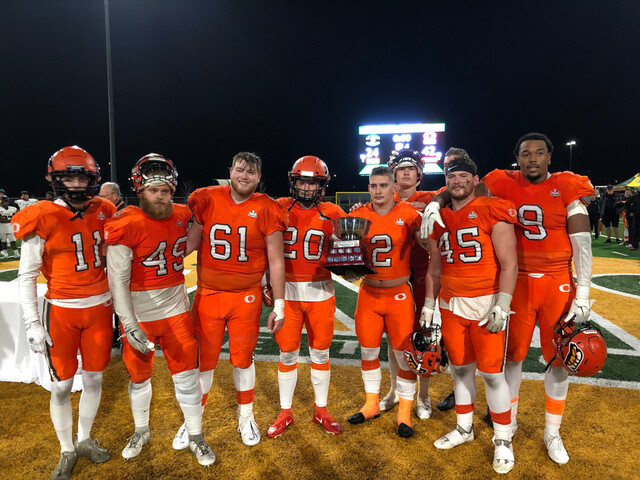 The Okanagan Sun had four goals this season. Finish first during the regular season, win the BCFC championship, win the national semi-final and ultimately, the Canadian Bowl.

And, the team that typically starts slow, can thank a huge first half for getting them to the final.

Dominic Britton came out slinging and, on the second Sun possession, marched the team downfield, connecting with Noah Bymak on a two-yard touchdown strike.

The Sun moved the ball again on their next possession, but came away empty handed. But, the next time they had the ball, Britton found Mike O'Shea from 18 yards out at the first quarter was winding down to put the visitors up 14-0.

Early in the second quarter, Britton tossed one of his two interceptions, but on the very next play, Tyler Turner returned the favour, picking off Andrew Brush and scampering 40 yards to paydirt to make it 21-0. It was the first of two interceptions for Turner on the day.

After the Saints got on the board with a field goal, Britton, with less than two minutes left in the half, drove the Sun 55 yards, capped off with a Jevan Garwood one yard plunge as time was expiring.

The Saints made a game of it in the third quarter, grabbing all the momentum and cutting the deficit to just 11.

Following Britton's second interception of the night, Brush hit Jared Hayes-Williams from 31 yards out then, later in the quarter ran in from three yards out himself to cut the lead to 28-17 entering the final quarter.

But Garwood, who finished with 157 yards on the ground scored on runs of 33 and 13 yards to seal the victory.

The Sun were perfectly balanced in their attack Saturday, running the ball for 230 yards while amassing 210 through the air.

For the Sun, this will mark their first trip to the Canadian Bowl since losing to the Saskatoon Hilltops 38-24 in 2015.

They will be making their eighth trip to the national final since 1997.

Their only win over that span, a 36-28 win over the Hilltops at the Apple Bowl

The winner of Sunday's prairie final between unbeaten Regina Thunder and Saskatoon will host the Canadian Bowl on Nov. 12. 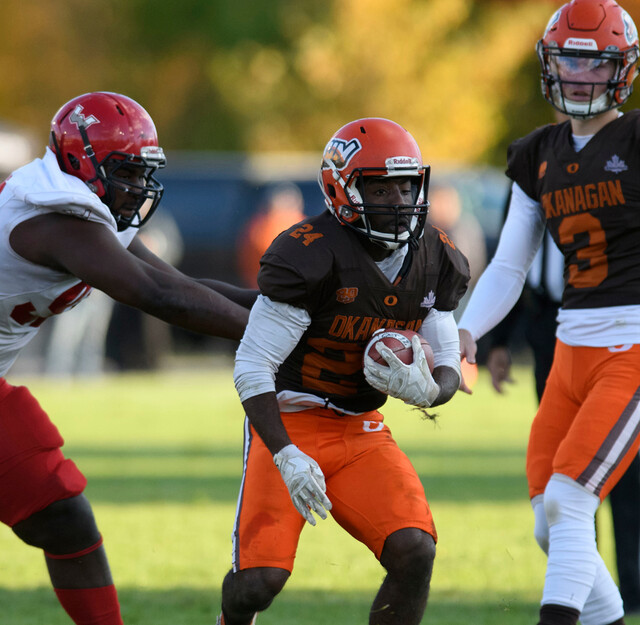