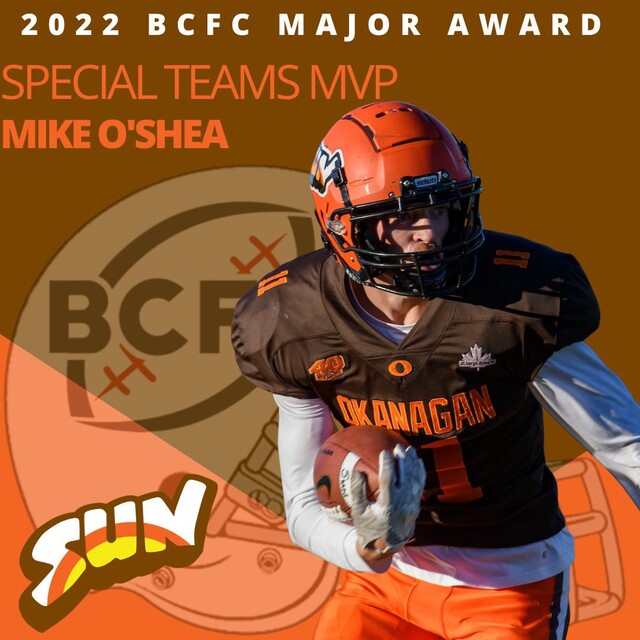 Despite a perfect season, the Okanagan Sun captured just one major season-ending award handed out by the BC Football Conference Thursday.

O'Shea, in his final year of junior eligibility, returned 58 kicks for 1,011 yards during the regular season.

He returned 44 punts for a league-best 649 yards and three touchdowns while also returning 14 kickoffs for 362 yards.

In two seasons with the Sun, O'Shea returned five punts and a kickoff for touchdowns.

The Westshore Rebels, Valley Huskers and Kamloops Broncos shared in the remaining awards.

Awards were handed out ahead of this weekend's semi finals.

The Okanagan Sun will host reigning national champion Langley Rams in one semi Saturday afternoon at 4 p.m. at the Apple Bowl.

The Sun will be looking for some semblance of revenge against a team that has knocked them out of the post season the past three seasons.

They did have their way with the Rams during the regular season, winning 20-7 and 42-10.

The other semi pits the Westshore Rebels and Valley Huskers Sunday afternoon.