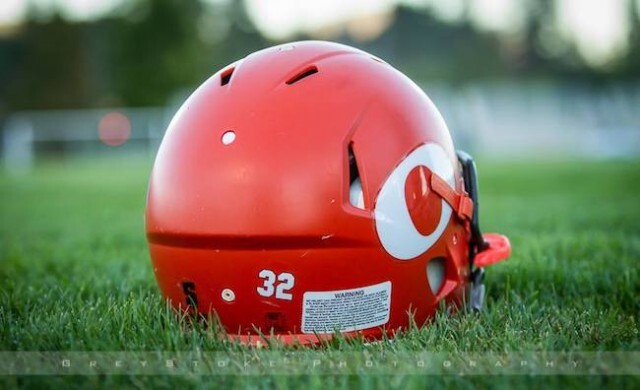 The Okanagan Sun look to keep their roll going when they host the VI Raiders Saturday night at the Apple Bowl.

The Sun, coming off last weekend's 87-0 thumping of the visiting Kamloops Broncos, will look to keep pace with the undefeated Langley Rams by winning their fourth in a row.

Over the span of their current three-game winning streak, the Sun have outscored the opposition 176-21.

The Sun and Raiders have already met once this season in Nanaimo, with the Sun walking away with a 39-14 victory.

In that game, running back Malcolm Miller carried the ball 39 times for a club record 325 yards.

While you can expect the Raiders to try and stop the run, it won't be an easy task against a Sun backfield that has run for nearly 1,400 yards, including Miller's league-leading 979 yards.

If they are successful, quarterback Dominic Britton will unleash a passing game that has steadily improved as the season has worn on.

Britton is coming off his best game of the season, throwing for 322 yards and five touchdowns against the Broncos a week ago.

Receivers Mike O'Shea Junior and Kyle Zakala are first and third respectively in receiving in the BCFC.

O'Shea leads the league with 436 yards and a league-best eight touchdowns, while Zakala has caught 12 balls for 304 yards and a touchdown.

On the defensive side of the ball, the Sun, which allowed fewer than 100 yards of total offence against the Broncos, come into Saturday's tilt surrendering an average of just seven points per game over their six games.

They are second to Langley in sacks with 12 and tied with the Rams in total takeaways with 24.

Not to be forgotten, the special teams have returned three kicks for touchdowns.

Game time at the Apple Bowl Saturday is 7 p.m.

As per provincial health orders on gatherings, capacity Saturday is capped at 50 per cent.

The Sun will get the following week off before closing out the regular season in what should be a first place showdown with the Langley Rams at the Apple Bowl Saturday, Oct. 30.