Sun back with decisive win 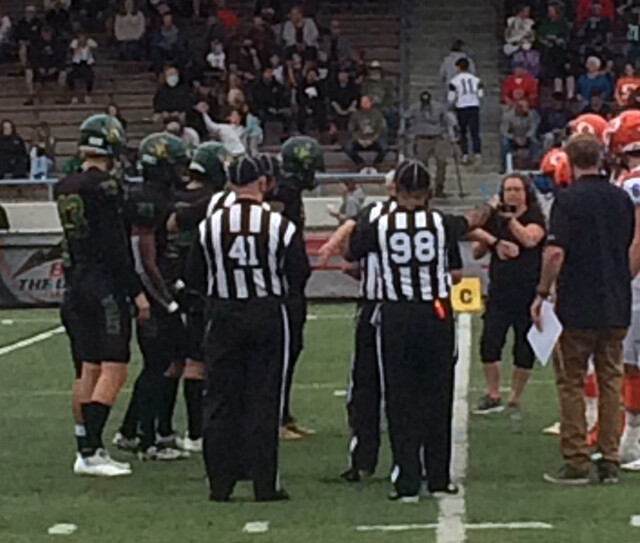 The Okanagan Sun finally stepped on the football field for a game that meant something Saturday afternoon.

And, while the rust was evident as both the Sun and Valley Huskers played their first game in nearly 23 months, the Sun flexed their muscle for the most part in a 39-8 drubbing of the Huskers.

It was the first game of what will be an abbreviated eight game schedule for each of the six teams in the league.

First-year wide receiver Mike O'Shea Junior found the end zone on long scoring plays twice in the second half to pace the Sun.

O'Shea, the son of former CFL player and current Winnipeg Blue Bombers head coach Mike O'Shea Sr., hauled in a 92-yard strike from Dominic Britton on the second play of the third quarter, then shredded the Huskers for an 80-year punt return late in the contest.

Britton, named the team's starter, also ran in a touchdown.

Running back Malcolm Miller also found the end zone with a 70 yard run down the sidelines five minutes into the fourth quarter.

Liam Atwood converted all four touchdowns while connecting on field goals of 24, 26 and 29 yards.

The Sun were also the beneficiary of a conceded safety.

The lone Huskers touchdown came on a one-yard run by quarterback Desmond Jeanson after two successful third down conversions deep in Sun territory.

They also picked up a single point off a missed field goal, one which was deflected by the Sun at the line of scrimmage.

It was their second blocked field goal of the game.

While the defence didn't give up much, the offense had some struggles of its own trying to consistently move the chains.

The Sun will be back in Chilliwack next Saturday afternoon to face the Westshore Rebels.

The game was supposed to be played at the Apple Bowl, but was moved to the Fraser Valley due to additional COVID restrictions around crowd size across Interior Health.

All games in September scheduled for Kelowna and Kamloops have been relocated due to the restrictions.