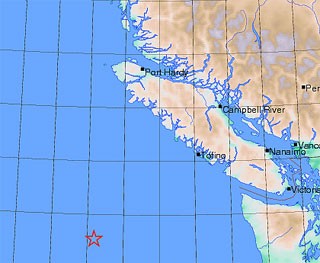 Tofino was the closest city in BC to the epicentre, which was located 279 Kilometres west-southwest of the city at Latitude 47.54 north and Longitude 128.81 west.

So far no warnings have been issued for coastal areas and no damage has been reported.