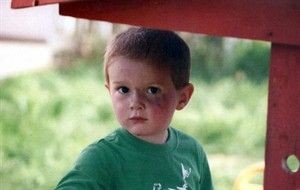 An “Amber Alert” has been issued in the abduction of:

Missing from: Elk Valley/Sparwood, BC

Phone 911 if you see the child or the man and the Camry. 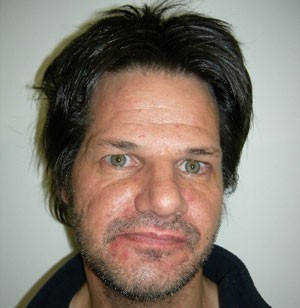 Here is the latest information from the RCMP.

The parents of missing Kienan Hebert pleaded on Saturday for the return of their son as the RCMP grimly confirmed the three-year-old was kidnapped from his home in this scenic close-knit mountain community.

Paul and Tammy Hebert brushed away tears as RCMP Cpl. Dan Moskaluk dashed any hopes that Kienan, who had a history of sleepwalking, had perhaps just wandered away from home.

"Investigators can state that this is a case of child abduction. It is not a matter of a child walking away from the home," said Moskaluk, with the Heberts sitting quietly by his side.

"Kienan was abducted. The person who abducted Kienan did enter the Hebert home and removed Kienan from the house. As a result the RCMP is also investigating a second attempted abduction which occurred early Wednesday morning in Sparwood, apparently prior to Kienan being abducted," Moskaluk said.

Clasping his wife's hand tightly under the table, Paul Hebert had a message for Kienan's captor, who police allege is Randall Hopley, 46, a convicted sex offender from the Sparwood area.

"We're just asking, please bring Kienan to a safe place right now, okay? Like a gas station or store parking lot where he is visibly seen and you could just drop him off there okay? Walk away," Hebert said quietly.

"We just want him safe. Kienan's only three years old right now and as you know and we know Kienan can't speak, so he can't tell us who you are, right? This is your chance right now to get away. All we want is Kienan to come back with us and to be safe in our arms again."

The couple didn't take any questions.

Moskaluk said Kienan still has limited verbal skills and agreed it was unlikely that he would be able to tell investigators anything about his abductor or lead them back to where he had been held.

"Bring him back. Drop him off in town. Make sure somebody sees him. Do it as secretly as you have to, drop the kid off and get out of dodge."

The Amber Alert was extended into Sunday in Alberta and B.C. while police continued the hunt for Hopley.

Moskaluk said additional resources have been added to the investigation and there are now 60 officers working on the case compared to 20 earlier in the week. He wouldn't reveal when investigators discovered the attempted abduction attempt or the age or sex of the child involved.

"A second abduction happened earlier on in the evening at another home where this person attempted to lure the child out of the home. He was unsuccessful."

Ground crews continued to comb the area around the Hebert home Saturday looking for any kind of evidence. That's been the case since Kienan disappeared. Hundreds of ground searchers as well as an RCMP helicopter and military aircraft have been involved.

"People who show up are passionate about finding this little boy and I'm amazed at the response and they've been terrific," said Cindy Smith, a volunteer from Penticton who has 20 years of experience in search and rescue.

"It's very difficult because people become discouraged and naturally when we come out and do what we do. We want it to be a good outcome and as time goes on everybody gets a little bit discouraged," she admitted.

Harold Sharkey has been out everyday helping with the search. He feels he has a personal stake since he has eight children of his own just like the Hebert family including a couple of toddlers.

"I would hope the community would come out for my child so I'm here to do the same," said Sharkey, 33. "It's really, really devastating."

Saturday also marked the first day of hunting season and hunters were promising to keep any eye out for anything out of the ordinary. RCMP had been urging area residents who had cabins or recreational properties to check them and make sure no one was hiding out in them.

Hopley was convicted of sexual assault in the mid-1980s and was given a two-year federal prison sentence.

An incident in November 2007 led to charges of break and enter, unlawful confinement and attempted abduction, and the indictment for the case indicated the victim was under 16-years-old.

B.C.'s Criminal Justice Branch has confirmed Hopley pleaded guilty to break and enter and was sentenced to 18 months in jail, while the other charges were stayed.

Crown spokesman Neil MacKenzie confirmed Hopley admitted at trial that he attempted to remove a 10-year-old boy, who was in foster care at the time. Hopley claimed he was acting on behalf of the child's parents.

A preliminary hearing has been set for Sept. 19 in Pincher Creek, Alta. According to a court official in Lethbridge, Hopley faces 12 charges dating back to May 2010 in Crowsnest Pass. They include break and enter and possession of stolen property.

Police are also searching for Hopley’s vehicle described as:

If anyone has seen Kienan Hebert, Randall Hopley or his vehicle, they are asked to call 9-1-1.