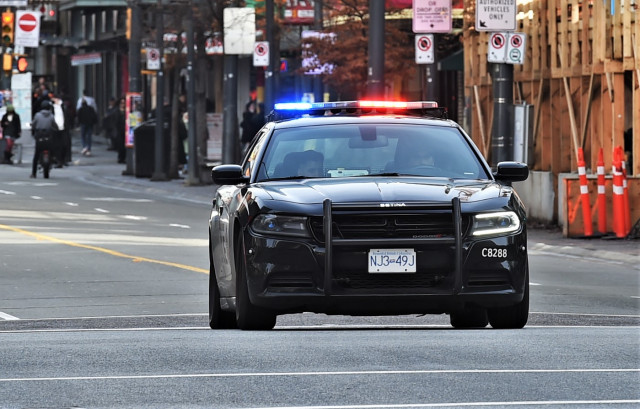 Photo: Brendan Kergin /V.I.A..
Police in Vancouver are reporting a homicide in the Downtown Eastside.

After a dead man was discovered in a Downtown Eastside SRO, police are calling the case a homicide.

The Vancouver Police Department (VPD) is releasing few details of the case.

Officers were called to an SRO near the intersection of East Hastings and Carrall streets around 7 a.m. on Tuesday, Jan. 17.

Upon arrival, they found a dead man. He has not been identified, states the VPD in a press release.

There is no ongoing risk to the public, they add.

As the investigation proceeds, anyone with information about the death is asked to call the VPD homicide unit at 604-717-2500.