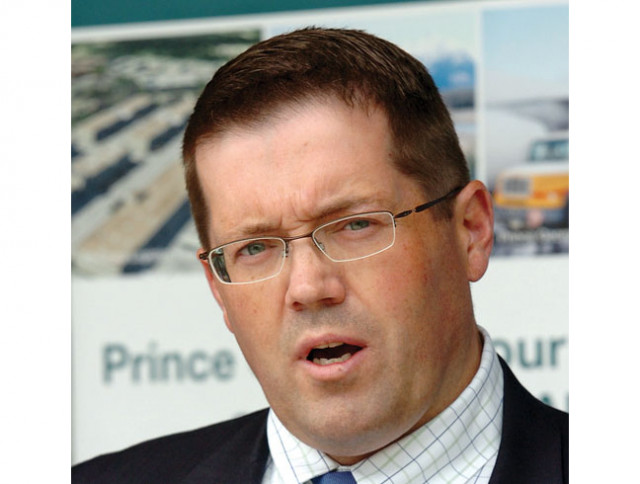 Conservative MP Bob Zimmer says the federal government’s decision to add another year to its ban on offshore Arctic oil and gas development will hurt Canadian workers who jobs depend on opportunities to work in the natural resources sector.

The moratorium, which was due to expire last month, has been extended a full year to December 2023. The legislation protects existing licenses which were impacted by the moratorium but their activities will continue to be put on hold for at least the next year.

“I am extremely disappointed that this five-year review, that should have been completed by December 2021, is still delayed,” said Zimmer, MP for Prince George-Peace River-Northern Rockies. “This delay has resulted in the order to prohibit oil and gas extraction in offshore Canadian Arctic waters to be extended once again, this time until December 2023.”

In 2016, the federal government announced a five-year ban on all new oil and gas licenses in Arctic waters to allow a five-year review of climate and marine studies. The order was expanded in 2019 to prohibit all offshore oil and gas activities.

“Conservatives have always said that it should be northerners who decide on the level of development and opportunities that they want in the north,” said Zimmer, shadow minister for Northern Affairs and Arctic Sovereignty, Canadian Northern Economic Development Agency.

“Canada has the highest standards for oil and gas work on offshore Canadian Arctic waters and we are proud of our Canadian workers. This Liberal government should be proud of them and this industry instead of hurting them. Northerners need certainty and hope. These continuous delays are more of Justin Trudeau’s ‘Ottawa knows best’ approach to governing Canada’s North.”

The decision to extend the ban, announced on Monday, was criticized by Jackie Jacobson, the Northwest Territories MLA for Nunakput, who told the CBC how it has affected Canada’s northernmost electoral district.

“We need employment – right now people are really suffering in regards to work.

“We have to be more proactive in pushing the federal government.”