B.C. First Nation says federal gun bill must change 'or it will be challenged' 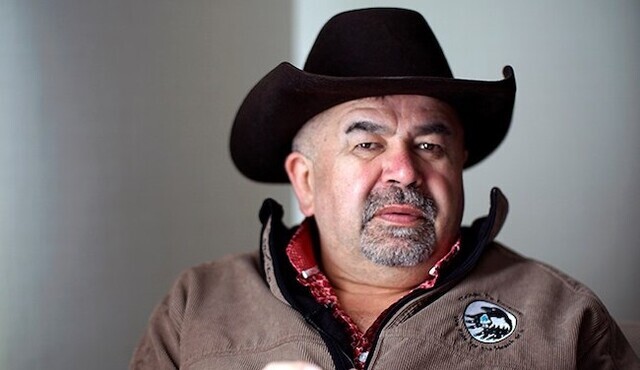 A group of First Nations in the Cariboo-Chilcotin is demanding answers on a federal gun control bill that appears to target some types of hunting rifles and shotguns.

A Liberal amendment to federal gun-control Bill C-21 would enshrine a regulatory ban on so-called assault-style weapons by inking an evergreen definition for such firearms into law.

That amendment has drawn criticism from firearms groups, the Opposition Conservatives, and now the Tsilhqot’in National Government, who say that some guns mainly used for hunting will be banned under the proposed law.

The Tsilhqot’in National Government said in a statement Tuesday hunting rifles are necessary tools for hunting and exercising the Indigenous right to hunt.

“We need answers. Bill C21 was supposed to be a bill that restricted hand guns and now it is targeting hunting rifles? Where was the consultation on this? Hunting is an Indigenous right protected under Section 35 of the Constitution,” said Tribal Chair Chief Joe Alphonse.

Alphonse says gun violence needs to be addressed in Canada, and he applauds weapons bans in New Zealand and Australia,"but any law must take into account the environment it exists in.”

“We are hunters. Indigenous people rely on food from the land for food security and a hunting rifle is a tool to accomplish that. Canada needs to address these concerns before moving forward with Bill C21 or it will be challenged.”

On Saturday, Montreal Canadiens goalie Carey Price, who is a member of the Ulkatcho First Nation just west of the Tsilhqot’in’s traditional territory, posted on social media that he opposed the Liberal gun ban.

He posted a photo of himself dressed in camouflage holding a shotgun, with a caption expressing his opposition to a federal bill that would ban assault-style firearms.

"I love my family, I love my country and I care for my neighbour. I am not a criminal or a threat to society," the caption read. Price went on to call the Liberal gun legislation "unjust."

He said government is consulting Canadians about the list, saying, "That's what we're listening to feedback on now, to make sure that we're not capturing weapons that are primarily hunting weapons."

He said his government is targeting weapons "designed to kill the largest number of people, as quickly as possible," reiterating that "we're not going after hunting rifles or shotguns."

Even the federal New Democrats, who have partnered with the minority Liberal government to pass legislation on shared interests, have voiced concerns about the impact the amendment would have on hunters, particularly those who are Indigenous.