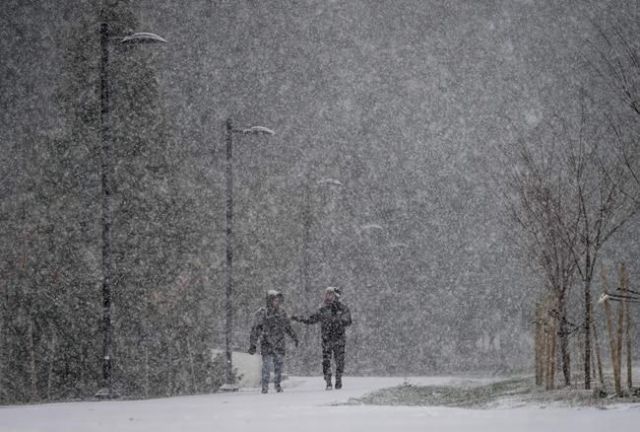 Environment Canada is warning people who live on British Columbia's central and north coasts to dress warmly to avoid frostbite and hypothermia as frigid conditions are expected to persist this weekend.

Arctic overflow warnings are posted for the north coast, including Kitimat and Terrace, and for the inland sections of the central coast.

The weather agency says high pressure over the B.C. interior will continue to push arctic air out towards the coast, creating wind chill values of around minus 20 that are expected to persist until Monday

It has also issued an extreme cold warning for Chilcotin near Puntzi Lake, with wind chill values around minus 40 expected until Sunday.

A wind warning is also in effect for Howe Sound due to northerly outflow winds of 70 kilometres per hour with potential for gusts reaching 90.

Meanwhile, the City of Burnaby says in a news release that the return of "more seasonal weather" in the area means it will be closing the Emergency Warming Centre it opened Thursday to provide shelter for more vulnerable people during the cold snap.

The issued a news release saying it will continue to monitor the situation and reopen it if necessary.