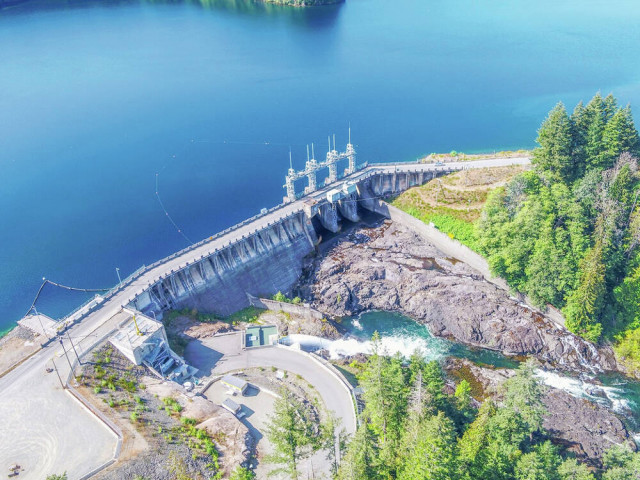 Construction on the dam is scheduled to begin in the summer of 2023, following the wrap-up of the B.C. Utilities Commission’s vetting of the plan in the spring.

The project is being carried out to make sure the dam, built in the 1940s, is able to deliver safe and reliable power and is improved to address safety risks and to significantly increase its ability to withstand a major earthquake.

It will also make the existing spillway gate system more reliable and boost the dam’s capacity.

The earthfill and concrete sections of the dam will be enhanced. A new overflow spillway under the existing road will be constructed as well.

A request for proposals is expected to be issued in 2024 for the hydro-mechanical component of the job, which will start after the civil work is finished. That contract will see three spillway gates and other related work carried out.

The entire cost of the dam work has been estimated at between $497 million and $882 million.

Early site preparation has been going on since September to prepare the land.

Power lines have been relocated and sites have been developed to store materials. A new B.C. Hydro boat ramp, for project personnel only, will be located outside of a planned double silt curtain that will go into the reservoir to preserve water quality as the project unfolds.

Brewster Lake Road has been closed across the dam until Dec. 19 to allow for construction work.

Once construction gets underway in the summer, about 100 people will be on the job daily for the six years of work.

B.C. Hydro is also planning seismic upgrading to its Ladore and Strathcona dams, which are also in the Campbell River ­system.