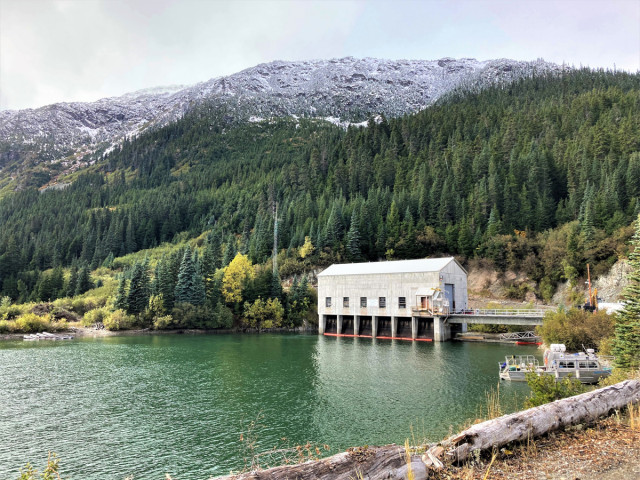 The new 16-km-long tunnel through Mt. Dubose provides a second source of water for the powerhouse, which powers Rio Tinto’s BC Works aluminum smelter in Kitimat. The new tunnel was filled and produced its first megawatt of electricity in July, after construction was completed in May, a statement issued by the company on Thursday said.

“The completion of a second tunnel to supply water to the Kemano hydropower facility will ensure the long-term, sustainable production of low-carbon aluminium at our smelter in Kitimat,” Rio Tinto BC Works director of energy and watershed partnerships Andrew Czornohalan said in a statement. “This extraordinary construction feat is the result of the work of generations of workers over three decades. Partnerships with local communities and the Cheslatta Carrier Nation have been instrumental in the project's success. I want to thank all our employees and contractors who worked so hard since day one to make this achievement happen.”

Alcan, which built and previously operated the smelter, built the Kenney Dam in the early 1950s to create the Nechako Reservoir. The reservoir, located approximately 90 km southwest of Vanderhoof, diverts water from the Nechako River west to Kemano.

A single, 16-km tunnel carried the water to the Kemano powerhouse from 1954 to this year. Alcan began planning for a second tunnel in 1987.

“At the time, a 50-metre long intake stub-tunnel was also built at Tahtsa Lake, but the construction of the second tunnel only started in the early 1990s,” the statement released by Rio Tinto said. “The project was then halted in 1995 after 8.4 kilometres, then restarted in 2018 to refurbish the initial portion of the tunnel and complete the last 7.6 kilometres.”

As part the demobilisation of the project, Rio Tinto donated surplus equipment to local First Nations, community organizations in Kitmat, Terrace and throughout the Nechako watershed. Equipment donated included avalanche equipment as well as swiftwater and marine survival suits for search and rescue teams.

The Kemano power station has eight turbines, with a combined 896 megawatts of installed generating capacity. The majority of that generation capacity is used to power the aluminum smelter, with the remainder sold to the BC Hydro grid.