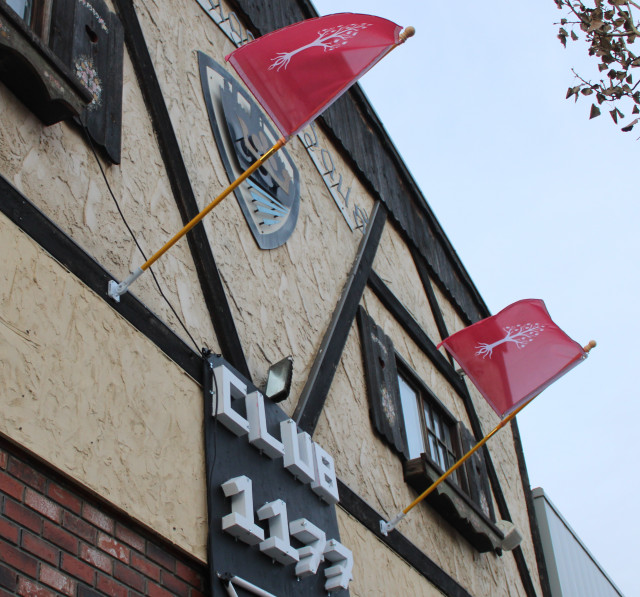 Photo: Citizen staff photo.
Flags with The United People of Canada insignia are now flying above the entrance to Club 1177.

The owner of a downtown Prince George night club has been found not guilty of violating the B.C. Public Health Act by refusing to adhere to a series of pandemic-related restrictions.

During a hearing spread over two days at the Prince George courthouse last week, a judicial justice dismissed four tickets Northern Health officials had issued to Linda Allen for refusing to check for vaccine passports and requiring patrons to wear masks once they were inside Lambda Cabaret, now known as Club 1177.

A further four tickets were "surrendered" without giving evidence. Had all eight tickets been upheld, Allen would have been facing fines totalling $3,000.

Reasons for judgment were not immediately available. A judicial justice typically presides over hearings for alleged violations of provincial laws and municipal bylaws for which a ticket has been issued.

Allen was represented by lawyer Saron Gebresellassi who argued that the tickets violate the B.C. Human Rights Code and that the Code trumps the Public Health Act.

The outcome could have implications for others in similar situations, Gebresellassi said in an interview.

"It's interesting case for Canadians at large because the proof is in the pudding so to speak in terms of the legislative wording," Gebresellassi said. "It's very clear wording, there is little room for ambiguity and it speaks to the legislative culture that says that human rights are superior."

Officials at Northern Health appeared blindsided by the outcome.

"It was Northern Health’s view it had reasonable evidence necessary to support enforcement of the tickets issued," officials said in a statement. and added they will be reviewing the decision to understand why the justice found the evidence fell short of the threshold to uphold the tickets.

"Northern Health, and other health authorities across the Province, have previously been successful in obtaining civil court orders/injunctions with respect to the enforcement of such COVID-19 Orders, including with respect to the party ticketed in this case," officials noted.

Gebresellassi has represented Allen on similar matters in the past, including an unsuccessful appeal in September of a decision the Liquor and Cannabis Regulation Branch's general manager had issued in August to suspend the night spot's liquor licence for defying provincial health orders. The night spot was subsequently closed for seven days starting October 23.

In early February, and at about the same time the Freedom Convoy converged on Ottawa and a large rally in its support was held at Exhibition Park in Prince George, Lambda opened for business in defiance of a provincial health order.

A closure order issued on Feb. 9 by Northern Health was rescinded eight days later when liquor primary premises were allowed to reopen but another one was issued two days later after Northern Health inspectors observed security guards admitting patrons without requesting proof of vaccination.

Gebresellassi said the hearings last week drew a throng of supporters from as far away as Ontario where she had previously lived before moving to Vancouver Island.

While in that province, she represented The United People of Canada, a loosely associated with the Freedom Convoy in an unsuccessful bid to avoid eviction from a former church east of downtown Ottawa.

A pair of flags with the organization's insignia now fly from the Third Avenue building that houses Club 1177. 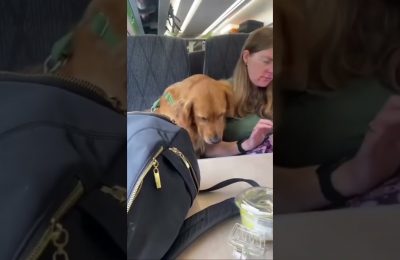