Minor earthquake occurred off coast of Vancouver Island near Tofino

Earthquake felt off BC coast 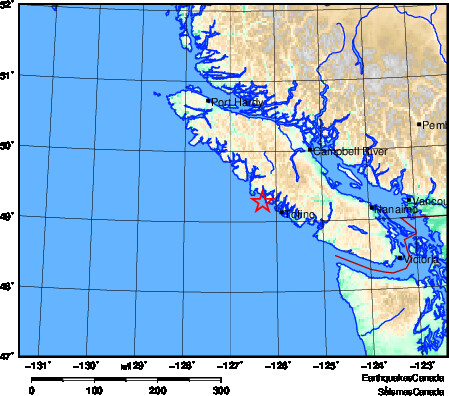 An earthquake occurred off the coast of Vancouver Island on Friday evening.

The 4.8-magnitude quake hit Vancouver Island at 7:50 p.m., at a depth of about 32 kilometres, according to Earthquakes Canada. The location for the quake is 34 km WNW of Tofino.

The quake was lightly felt throughout the island and there are no reports of damage at this time.

As of Friday night, 78 people reported feeling the earthquake to Earthquakes Canada.