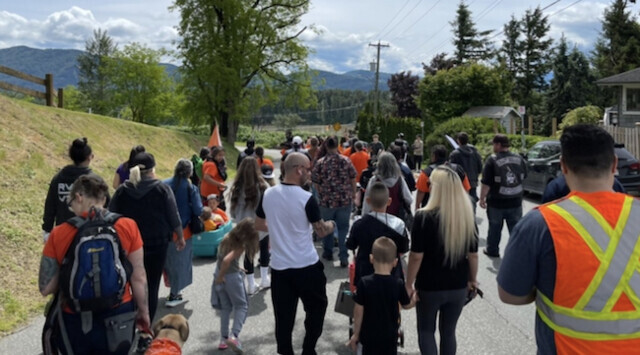 RCMP in British Columbia say a suspect has been charged after several people taking part in a residential school march were struck last spring by a pickup truck.

Police say on June 4 a large group of people was walking along Lougheed Highway just east of downtown Mission in the March for Recognition for Residential Schools.

Mounties say that as the group moved along the road a driver struck several people along the way and two suffered minor injuries.

A 77-year-old man turned himself in to police two days later.

Mission RCMP say in a release Wednesday that Richard Manuel, who is 77, has been charged with one count of dangerous operation of a motor vehicle and is to appear in Abbotsford provincial court on Jan. 9, 2023.

Earlier this year the Cheam First Nation criticized police for what some people have called a slow investigation and the RCMP's original description of the suspect as an "impatient driver'' who couldn't pass the marchers on the highway.