Survey finds Vancouver among best cities for Gen Z, minus 'affordability' and 'nightlife' 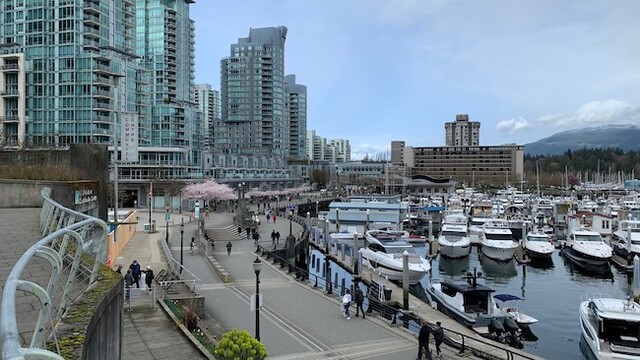 When it comes to the best city in the world for Gen Z, where does Vancouver rank?

According to a recent report based on statistics and 22 different categories, it's 60th (at least among the world's big cities), between Sydney (Australia, not Nova Scotia) and Prague (Czechia, not Oklahoma).

Many of Vancouver's strengths are not surprising; it ranked fourth in access to health care (three Canadian cities were in the top 10) and ninth in internationalism. Entrepreneurship was also seen as a strength here, both in the classic sense (10th globally) and for social entrepreneurship (18).

The city did OK in a number of categories. Most of the digitalization categories were in the mid-20s to mid-30s (though government digitization really dragged the city down, ranking 68).

In social principles, it was a mixed bag, with gender equality, safety, and universities doing well (27, 28, 29). However, access to mental health was only deemed average (41) and while Vancouver is often seen locally as a fairly environmentally responsible place, it landed at 53 in climate action.

The lowest ranks came in lifestyle and economy scores. While Vancouver's music scene did moderately well (39) the nightlife fell behind (72). Not only is Vancouver's nightlife ranked poorly, but it was also actually what the city scored worst on (64.9 compared to first place London's 100); the ranking of 72 was only that high because other cities did much worse (Ottawa ranked last).

Vancouver ranked a very mediocre 49 on the social influencers scale, but that was another category in which the ultimate rank outshone the terrible actual score (68.9).

One thing the report singled out for Gen Zs was the percentage of university students in a city, and Vancouver was nearly at the bottom (90).

And it should come as no surprise that affordability was another category in which the city struggled, ranking a dismal 84.

Four other Canadian cities made the top 100, and all beat out Vancouver. Montreal was ranked seventh overall, while Ottawa (30) and Toronto (41) also did all right.

The report (commissioned by German store Peek & Cloppenburg but done by research agency Urbanity Impact) looked at the wants and needs of people born between the late 1990s and mid-2010s and compared that to what the world's metropolises had to offer. The authors made a long list, compared the stats, and then shortened it to 100 and did a more refined look.

The system used meant the top-ranked city got 100 in a given category, and others were given scores using a formula between 100 and 50. Berlin scored 100 overall, and while Vancouver ranked 60th overall, it wasn't too far away with a score of 88.5 (Montreal, for reference, scored a 95.4, and Toronto a 91.6)