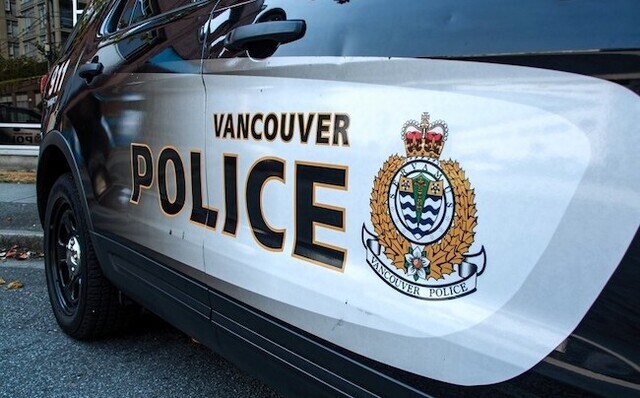 A bank robbery suspect who barricaded himself in a taxi cab for nearly two hours has been arrested by Vancouver police.

Bank staff called 911 shortly after 5:30 p.m. to report the bank, near Main Street and East Pender Street, was being robbed. Vancouver police responded immediately and spotted the suspect attempting to flee in a cab.

Officers stopped the taxi near Main Street and National Avenue, allowing the driver and a second passenger to escape. The robbery suspect barricaded himself inside the taxi and refused to communicate with police.

The suspect was taken into custody around 7:30 p.m. by members of VPD’s Emergency Response Team. A police dog and conductive energy weapon were deployed during the arrest.