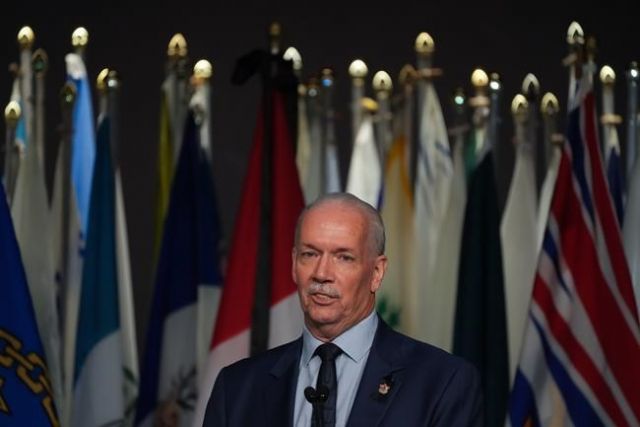 Horgan says he agrees with Attorney General Murray Rankin who told the legislature on Tuesday that a focus on more arrests of prolific offenders to curb crime would be "futile."

Those remarks came under criticism from Opposition BC Liberal Leader Kevin Falcon, who called on the government drop a "catch and release" approach toward repeat violent offenders, saying people in B.C. were living in fear of going outside in their own communities.

But Horgan accused the Liberals of engaging in a "bumper sticker" approach to the issue.

He cited remarks by newly elected Liberal MLA Elenore Sturko, a former RCMP officer, who told a campaign event that police "cannot arrest our way out of these problems."

Horgan says his government is approaching crime in a "multi-faceted way," with reform of the Police Act, reviewing the prosecution service, and increasing budgets for courts, mental health and addictions programs.