Guilty plea for gun at mall 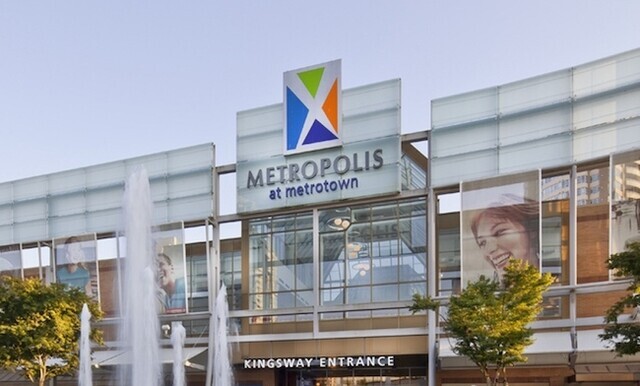 A 25-year-old man accused of hanging around a busy Burnaby mall with a loaded handgun tucked into his pants at the height of a spate of deadly Lower Mainland gang shootings has pleaded guilty to firearm and obstruction charges.

Luis Manuel Baez was arrested by Metro Vancouver Transit Police officers on May 18, 2021.

According to alleged facts presented at a bail hearing last November, he had first drawn their attention shortly before 4 p.m. for smoking suspected marijuana too close to a doorway at the Metropolis at Metrotown mall.

Baez then made his way into the mall, and the officers eventually followed him into a parkade and approached him, Crown prosecutor Jonas Dow said at the bail hearing.

As the officers were collecting information from him, Baez allegedly ran to a nearby vehicle, jumped inside and tried to take off.

But officers got into the vehicle on either side of Baez, and a struggle ensued, according to Dow.

The officers lost their grip on Baez when they tumbled out of the vehicle, and Baez again took off, according to the alleged facts.

Baez then allegedly pulled out a handgun and threw it under a nearby vehicle.

The .45-calibre semi-automatic pistol was recovered with six rounds of ammunition in the magazine, according to Dow.

He noted Baez had been under two lifetime firearms bans at the time.

Baez was denied bail and has been in custody since his arrest.

His trial was set to begin this week, and his lawyer, Kristy Neurauter said there were a number of possible Charter challenges that, if successful, could have rendered everything that led to the discovery of the handgun unlawful.

On Monday, however, Baez appeared in Vancouver provincial court and pleaded guilty to two of the seven charges against him: possession of a loaded prohibited firearm and obstructing police.

His trial dates have been cancelled, but he will be back in court Thursday to set a date for sentencing.

At the time of Baez's arrest at the Metrotown mall, there had been a rash of brazen gangland shootings in public places around the Lower Mainland.

In April and May alone, seven people had been killed, including one at a Burnaby Cactus Club and another on the street outside a local vape store.

In its news release about the Metrotown arrest, transit police reported Baez had “alleged gang affiliation.”