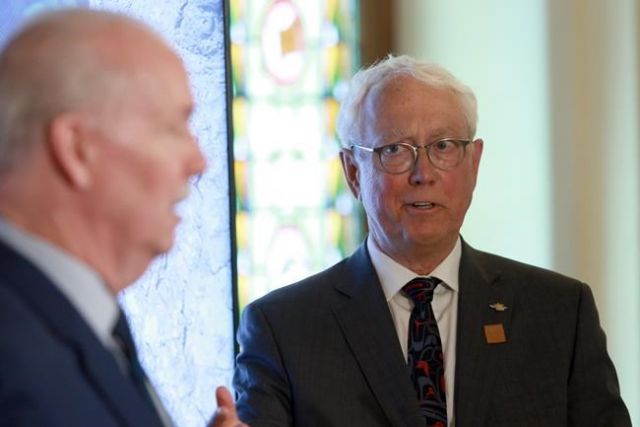 Photo: The Canadian Press
B.C. Attorney General Murray Rankin looks on as Premier John Horgan speaks at the Legislature, in Victoria on March 30, 2022. Rankin says fighting crime by arresting more people will be "futile," and the government is considering a range of options to keep people safe. THE CANADIAN PRESS/Chad Hipolito