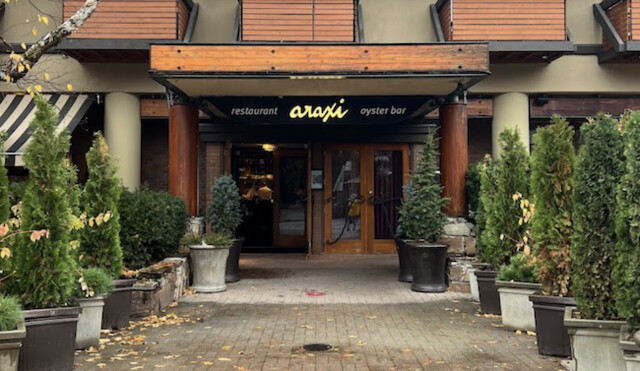 A Whistler restaurant targeted in a civil court action by a former staff member alleging bullying is going to defend itself saying the woman was treated fairly, that her firing was due to her behaviour and her own fault.

Rather, the Araxi response said, it was Barr’s behaviour that led to her termination for just cause.

“Accordingly, the defendant is under no further obligation to the plaintiff,” the response said.

The former dishwasher alleged she was subjected to mental suffering at the hands of a chef of the restaurant operated by Vancouver-based Aquilini Restaurants. That company is a division of The Aquilini Group, a diversified company that includes the Vancouver Canucks.

In the month after Barr began working at Araxi, she began a relationship with chef Jorge Muñoz Santos, her claim said. She claimed she ended the relationship due to “harassing, bullying and emotional and physical abuse.”

However, it was only Aquilini Restaurants Limited Partnership doing business as Araxi Restaurant and Oyster Bar named as a defendant.

“The defendant failed to accommodate the plaintiff’s mental health, put the plaintiff in a work environment for which she was emotionally vulnerable, and terminated the plaintiff during her medical leave even when she provided sufficient evidence that she was fit to return to a safe work environment,” Barr’s claim filed by lawyer Glen Stratton said.

She claimed the situation led to depression, hospitalization and her eventually firing.

The restaurant agreed in its response, only just available in B.C. court’s online system, that Barr never had a written work agreement, confirmed her wage, agreed she was owed reasonable notice of termination and that she would be dealt with in good faith.

And, the restaurant denied all the allegations of bullying, harassment and abuse; it denied engaging in malicious conduct toward Barr; and acted fairly in ending her employment.

It said any losses or damages were not the fault of the restaurant and that Barr had failed to mitigate her losses.