New wildfire sparked on Highway 5A, south of Okanagan Connector 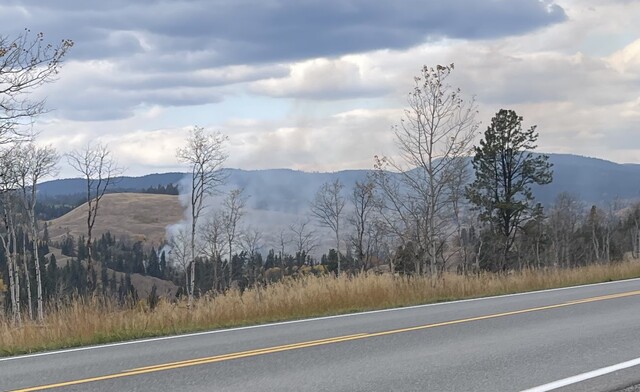 The BC Wildfire Service is responding to a new fire off Highway 5A Thursday afternoon.

Coray says the fire is estimated to be about 20 metres by 20 metres in size.

There are no structures currently being threatened. The cause of the fire remains under investigation at this time.

A new wildfire appears to have been sparked south of the Okanagan Connector Thursday.

Castanet reader Matt Flores snapped a couple photos of smoke from Highway 5A, about five kilometres south of Highway 97C, near the Aspen Grove area.

Flores says flames are visible from the highway as of 2 p.m., and the fire appears to have been recently sparked.

Castanet has reached out to the BC Wildfire Service for more information about the fire, and to see if they are responding to the blaze.

With cooler weather in the region in recent weeks, there have been fewer fire starts as of late. This past fire season was significantly less severe than the previous record-breaking season.