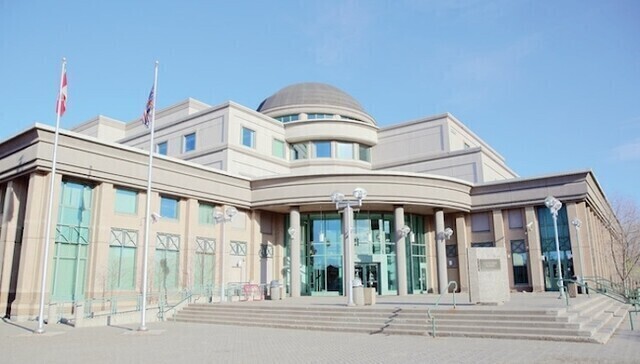 WARNING: Some details in the following story are graphic and may be upsetting to readers.

An Edmonton man was sentenced Tuesday to a further 22 months in provincial jail followed by three years probation for luring and sexually targeting a seven-year girl while in Prince George.

If Joshua Chesley Critch, 32, had not recognized he has a problem and told a psychologist that he "really doesn't want to be this way," he would have been sentenced to federal time of three to five years, Provincial Court Judge Susan Mengering said in issuing her decision.

As it stands, once he has served his time, Critch will also be subject to a 10 year ban from schools, parks, playgrounds and other areas where minors tend to congregate and his name will be on the national sexual offender register for 20 years.

In summarizing the circumstances, Mengering found that Critch saw a trip to Prince George to visit friends and family as an opportunity to act on thoughts he had been harbouring for years.

On June 3, 2021, he left the house where he was staying and, in a "premedidated and predatory" fashion, he went for a drive around the city and came across the girl as she was riding her bike around a local cul-de-sac.

He rolled down the window of his car, called her over, smiled and told her to go to a dirt pile at the end of a nearby street. Once there, he put a hand down her pants and touched her bum, then convinced her to touch his penis which was erect and sticking out of his shorts.

From there, he told her he'd show her a magic trick and then peed. Critch then told her to keep the encounter secret but the girl raced home and told her mother who called police. With the help of images from the neighbours' video surveillance cameras, police identified his car and a few days later he was found still in Prince George and arrested.

At first Critch denied the incident but eventually admitted his actions and pleaded guilty to sexually interfering with a person under 16.

Critch claimed he was in search of a 10-to-16-year-old girl when he came across his victim and suggested an ongoing habit of watching pornography led to his actions, although he denied accessing child pornography. Critch was diagnosed as having a pedophilic disorder with a risk of action on his urges rising with exhaustion and fatigue.

At one point, Mengering likened Critch to the kind of person girls are taught from a young age to avoid.

"Every little girl is afraid of the guy in the white van...well it turns out he drives a grey Nissan with Alberta plates," she said.

"How do you craft a sentenced that takes into account that a little girl will never ride a bike alone again, that every time she looks at a bike, she think about what that guy did to her? That might let her sleep alone in her bed without fear one day? That will allow her to become an adult woman with courage and conviction and a sense of justice yet with grace and compassion?" Mengering asked.

She repeatedly looked over at Critch, who hung his head, looked downward and avoided eye contact throughout most of the hearing as he sat in the prisoner's box.

"How do you craft a sentence that tells her parents that it's OK, that they didn't do anything wrong? How to do you tell the public that their children are safe when predatory strangers are driving close by looking for girls to touch?"

Conversely, Mengering agreed with the contention that Critch is truly remorseful, recognize he has a problem and needs to be rehabilitated and that "rehabilation is the only way that they don't re-offend." Prior to the conviction, Critch had no criminal record and was gainfully employed, it was also noted.

In all, Critch was sentenced to two years in jail less 66 days credit for time served prior to sentencing. Terms of his probation include taking any counselling or treatment as ordered by his probation officer.