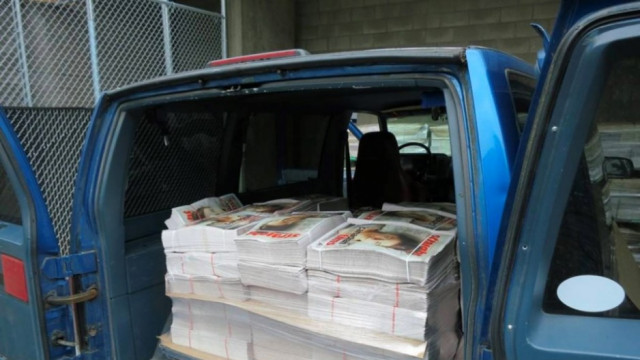 Photo: Straight.com.
Bundles of Georgia Straight newspapers are in the back of a delivery truck

No acquisition price was immediately revealed, but the Straight's previous owner, Media Central Corp. Inc. filed for an assignment in bankruptcy in March. That Toronto-based venture had acquired the Straight in 2020.

Media Central Corp. merged the Straight's editorial department with marketing and sales, and eliminated the paper's long-standing focus on local arts and culture coverage, according to Overstory.

"Overstory's first action will be to reinstate the Straight's arts and culture focus and enhance its exceptional coverage of local events, entertainment, music, food, and news," Overstory said in a news release.

"As part of this effort, the Straight will continue to host some of the city's most beloved, well-known cultural events, including the Best of Vancouver and Golden Plates awards. Overstory is already hiring, with multiple open roles posted on their job board, including arts editor, music editor, and food writer."