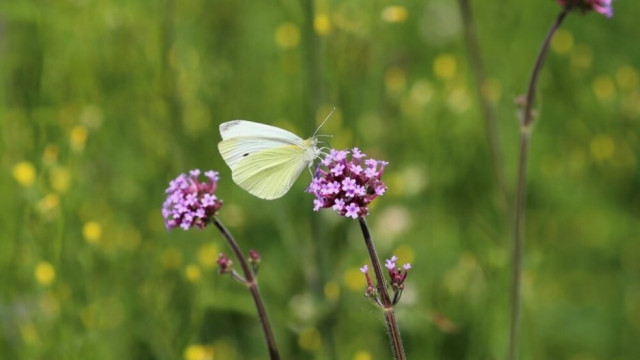 Photo: Photo: Michelle Tseng.
A cabbage white butterfly rests on a flower in B.C., Canada. Originally from the Mediterranean, the species is an important pollinator and one of the most common butterflies in the world

In the early 1970s, meteorologist Edward Lorenz put the flight of a butterfly at the metaphorical heart of chaos theory — planting the question, could the mere flap of the insect’s wings influence the path of a tornado days later?

Known as the butterfly effect, the phenomenon is now used to describe how even the smallest perturbations could lead to drastic consequences a world away.

Now, a group of B.C. scientists have found an increasingly unstable global climate is pushing back against the small insect.

Published in the journal Ecological Entomology, the study out of the University of British Columbia (UBC) found the warmer the planet gets, the smaller and more lethargic butterflies get.

“The prediction is that with warmer temperatures, we should actually be seeing a global decrease in insect body size, like all around the world. Do we see that? That's a really big question,” said Michelle Tseng, an assistant professor of botany and zoology at UBC and the senior on the study.

“There are 10 million species of insects out there. So we're just sort of picking at it a little bit at a time, trying to puzzle pieces together.”

Some of those pieces have already come into view, with past studies showing a range of species — from larger bumblebees and moths to some wasps — shrinking under warming conditions.

Tseng, for her part, has already used historic museum collections to show climate change is causing beetles to shrink across B.C. Much of the effect is due to shifts in temperature.

Since the Industrial Revolution, humans have released vast quantities of greenhouse gases into the atmosphere, driving up average global temperatures by a little over 1.1 Celsius.

In northern latitudes, however, communities across countries like Canada, Russia and Norway have warmed by about three degrees Celsius since 1979: four times faster than the rest of the planet over the same period, scientists have found.

The confluence of a changing climate and loss of habitat for pollinators prompted some to warn of a pending “insect apocalypse.”

In a global study earlier this year, a team of U.K. scientists analyzed three-quarters of a million records for nearly 20,000 insect species. For some parts of the world, they found climate change and intensive farming are reshaping the insect world, in some places, already cutting insect abundance in half.

How to deploy a butterfly backpack

To measure the effects of temperature on the development of insects, the UBC researchers grew butterflies of different sizes in the lab.

Those grown at 30 C — what Tseng says resembles an extended heat wave — were found to be 11 per cent smaller than those grown at 18 C, average historical summer conditions in B.C.

They found that the warmer the temperature, the smaller the butterfly. Beyond 32 C, the butterflies died.

Next, the researchers looked to see how the smaller butterflies performed in flight. But because of stretched supply chains during the pandemic, material to carry out the experiment was hard to come by.

So Tseng and her graduate student Erez Büyükyilmaz built a “butterfly backpack” out of jewellery wire and non-toxic glue. With that, they attached the butterflies to a specialized tool known as a flight mill. Resembling a miniature inverted windmill, the whirligig-looking machine measures how far and fast a butterfly flies.

“Insects are really amenable to these types of experiments because you can cool them down in the fridge and then then they're kind of sleeping,” said Tseng.

Put through their paces, the smaller lab-grown butterflies were found to fly 85 per cent as far and at a pace five per cent slower than the bigger individuals.

None of that was particularly surprising, said Tseng, as past research has shown that increased temperatures led to a drop in flight distance among migrating Monarch butterflies.

But a lot of questions remained, chief among them whether the lab experiments could carry over into nature.

A pollinator strapped for pollen?

In the summer of 2021, Tseng and Büyükyilmaz set off to collect wild specimens around the university and parts of the west side of Vancouver. In the end, they pulled in 100 Cabbage White butterflies, a species native to the Mediterranean but that now ranges across much of the planet.

In a finding that could echo across the world of agriculture and ultimately land on your grocery store shelf, the wild-caught small butterflies were found to have collected 15 per cent less pollen on their faces than the bigger butterflies.

“Are we going to see plants making fewer seeds and less fruit because they're strapped for pollen? That's a possibility,” said Tseng.

The consequences could be devastating for agriculture. Roughly 75 per cent of all the world’s crops are pollinated by insects, the researcher said.

The butterflies and bees of the world are especially essential to a variety of fruit crops, cocoa beans, nuts and avocados.

Past research indicates the decline in pollinators could lead to a decline in crop production of at least five per cent in higher-income countries, though some have speculated that may have already climbed to 10 per cent.

In B.C., most fruit crops are pollinated by honey bees, which face their own set of threats from climate change. But Tseng says boosting the number of bees around an orchard or blueberry field will never make up for the vast breadth of natural pollinators.

“Different insects actually like to work at different times,” she said, “Honey bees, for example, don't really like it if it's rainy or wet, but other bees don't mind it.”

Tseng added that “butterflies might not be the ones that are carrying the most pollen around but you definitely don't want to lose the diversity of pollinators that you have in your fields.”

The researcher is quick to say the one study does not conclusively establish butterflies are doomed to grow smaller under warming conditions. Instead, she said it should act as a wake-up call for both farmers and anyone with a backyard or community garden.

“Maybe this means we might need to order another colony of bees or, or maybe what this means is that we need to plant more pollinator-friendly plants — not just in agricultural areas, but like in urban gardens just to make life a bit easier for these little insects that we depend on,” she said.

What flowers are best will depend on where you are in B.C. Tseng suggests asking a local garden centre for drought-resistant native species that can double as a pit stop for local pollinators.

“Insects are hugely important in a lot of different ecosystems,” she said. “They're sort of the unsung heroes of nature.” 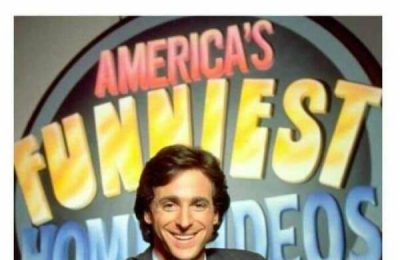