Earthquake in the north 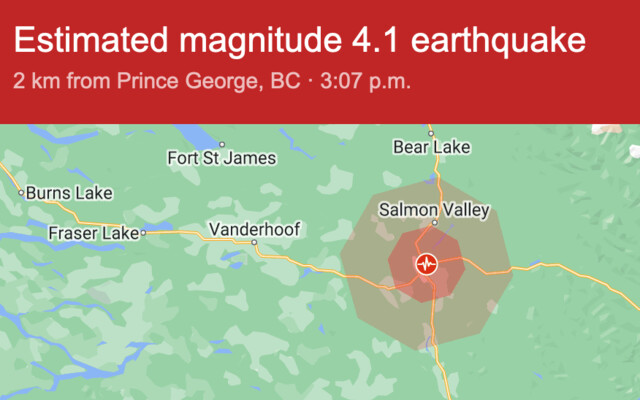 Prince George was rocked by an earthquake at roughly 3:07 p.m. on Wednesday afternoon.

Unconfirmed reports suggest the city was shaken by a roughly 4.1 magnitude earthquake.

A spokesperson for Earthquakes Canada could not be reached for comment as of 3:30 p.m.

However, livestreamed data from an Earthquakes Canada seismic monitoring station in Fort St. James showed activity about the same time as residents from the across the city reported feeling a ground shake.

This story will be updated when more information is available.