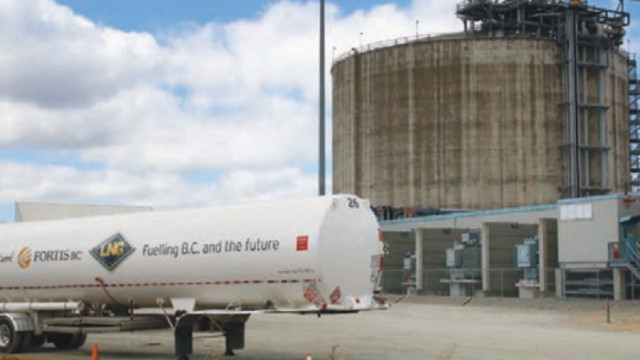 But federal and provincial authorities reiterated that the $3 billion Tilbury LNG Phase 2 expansion – operated by FortisBC – will continue to have its application processed under a Jan. 20 agreement under which the province’s review process will replace the federal impact assessment.

The Tilbury Phase 2 expansion, which includes a new marine jetty for loading LNG tankers as well as additional on-site production and storage capacity, would raise the site’s annual production load to 3.5 million tonnes from the current 2.6 million tonnes. The added 142,000-cubic-metre storage tank and the jetty form a key part of FortisBC’s plans to establish Vancouver as an LNG bunkering and export hub.

The Tilbury expansion has so far drawn opposition from municipal governments in Vancouver, Richmond, New Westminster and Port Moody. Delta, where the plant is located, has not expressed the same opposition; neither has the Musqueam Indian Band, which signed an agreement with FortisBC that will see the First Nation acquire an unknown amount of equity ownership at Tilbury.

According to a statement provided by the B.C. Ministry of Environment, there will be no review panel to study the impact of the Tilbury expansion, because the timing for creating the panel – usually independently operated and associated with more in-depth assessment and public input – has passed.

The province, however, did note that there is still an opportunity for further public input. Because Tilbury Phase 2 is in the application development phase of its environmental assessment, officials say there will be a public comment period after FortisBC develops and submits its application.

But the government response has not quelled the disappointment among environmental and community opposition.

Susan Jones of the Boundary Bay Conservation Committee, who joined other groups in holding a protest in July outside the Tilbury site, said she is still in disbelief that federal and provincial officials did not find enough reasons to create a panel assessment for a project that she says will damage vital fish habitat in the Fraser River estuary.

Another major controversial project in the area – the Vancouver and Fraser Port Authority’s (VFPA) multibillion-dollar proposal to create Terminal 2, a landfill container terminal at Roberts Bank – underwent a full independent panel review that resulted in a significant list of recommendations.

The VFPA consequently had to spend an extra year tweaking its application and is still awaiting federal government approval for the project.

“They [the province and Ottawa] don’t mention the red zones at all,” Jones said, referring to the possibility that the Phase 2 expansion infringes on habitat that – according to FREMP – supports critical fish and wildlife.

“The federal government is just going to rubber-stamp the B.C. assessment process, and they say they have people on their scientific advisory committee, but the public doesn’t know what they are saying.”

She said critics have noted a decrease in the volume and quality of content from government experts after funding cuts introduced under former prime minister Stephen Harper.

But despite efforts such as protests and “over a thousand public submissions,” all the efforts on getting regulators to slow Tilbury’s application for a closer review have been met with silence, Jones said.

“It’s extraordinary because basically we are losing salmon like they did with cod on the East Coast. And we are just trashing all the habitat right along the Fraser Estuary and throughout the Fraser watershed, and nobody is doing anything about it.”

Jones said the next step might be going to other provincial organizations such as the BC Utilities Commission because the dispute involves natural gas.

FortisBC said it is still working on Tilbury expansion details and continues to incorporate community comments into its application.

“In response to community feedback during the Environmental Assessment the project design was altered to reduce its overall footprint and possible impacts to fish and fish habitat,” FortisBC said in a statement. “In addition, existing marine infrastructure will be removed from the river and lost habitat will be offset to create a net gain.”

The company added that it has committed to “additional studies of fish and fish habitat beyond the project area to broaden understanding of the river,” and there will be ongoing monitoring and follow-up programs “to ensure mitigation measures are working as designed.” 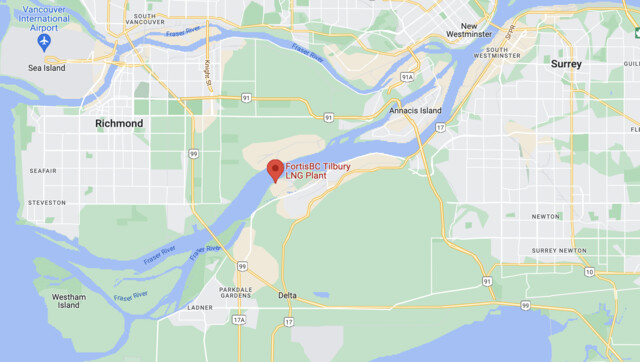