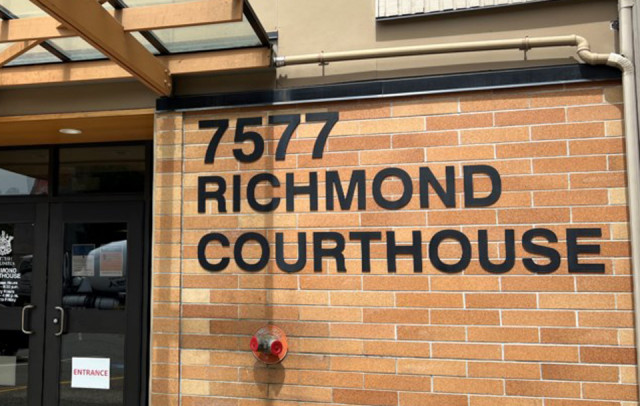 A complex trial involving four Richmond residents accused of submitting false immigration documents and bribing a Yukon government official, launched in July, is continuing now in September and will continue in January and March.

The judge heard from witnesses last week and, except for a break for the Queen’s funeral Monday, is expected to hear from more this week.

Dates have been set to continue the trial in January and March. Federal prosecutor Gerry Sair said the trial dates had to be coordinated between the five lawyers.

Chang and Gu are charged with misrepresenting 67 people as nominees of the Yukon Business Immigration Nominee program, a program that allows potential immigrants to set up a business in the territory and, after two years, apply for permanent residency status in Canada.

Liu and Gu are charged with misrepresenting applicants for permanent residency. Liu is also charged with knowingly using forged documents.

Chang, Gu and Liu are all charged with offering a “reward, advantage or benefit” to a Yukon government official, Ian David Young, or to his family, to help “influence” the business immigrant process.

According to Yukon RCMP, Young died in November 2020.

Guo, along with Chang, is charged with one offence under the Immigration and Refugee Protection Act.

The allegations against the four Richmond residents date from July 2013 to September 2016 and are alleged to have taken place in Richmond, Whitehorse, Yuk., and Sydney, N.S.