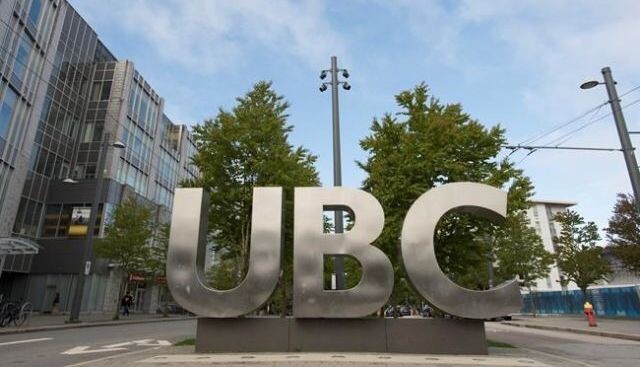 Last week UBC sent alumni an email stipulating that over 35 per cent of undergraduates on the Vancouver campus "report that they lack consistent access to the food needed to stay healthy."

The email encouraged alumni to donate to the UBC Meal Share program, a community-funded initiative that provides free and significantly discounted food to students. The program is currently closed but will reopen in October and is one of several food-related support services on campus, all of which are experiencing record high demand and are struggling to keep up.

Food insecurity is a public health issue and is defined as having inadequate or inconsistent access to food due to financial constraints. And this most recent request and inadvertent admission by UBC has not gone over well with many people criticizing the university's handling of the situation.

Cynthia Boulter, COO of the Greater Vancouver Foodbank which funds and offers support to many of the food resources on campus says that UBC is not the only university in Canada facing this issue. She says international students are the most affected because they are limited to a 20-hour work week due to visa constraints and that typically doesn't generate enough income to keep up with the cost of living in Vancouver.

Additionally, she has heard from international students that exchange rates and Canada's strict rules around professional qualifications are also contributing to food insecurity and financial hardship. Boulter also says that graduate students make up a large amount of food bank users because they aren't able to balance paid work with the demands of their research.

GVFB has supplied various community groups on the UBC campus with over 186,000 pounds of food valued at $600,000 and bought industrial-size refrigerators so they had somewhere to store it.

The AMS food bank, which is funded in part by the president's office ($25,000) and the AMS ($90,000), received supplementary support from the GVFB when they ran out of food back in June. Boulter says she met with representatives from UBC and the AMS last week to make recommendations on what can be improved.

The GVFB suggestions included more space for the AMS to operate and expand food storage and a refrigerated truck or van so that the AMS food bank can handle its own deliveries. The GVFB also offered to use its buying power to purchase groceries on behalf of UBC to help the money stretch further since the GVFB is able to buy certain items at two-to-one pricing, sometimes more.

Boulter says, however, that the AMS is not yet in a positive enough position to be an official partner of the GVFB but they have connected them with the Acadia Food Hub, another on-campus initiative run by Origins Church which is a partner of GVFB.

A spokesperson for the university told V.I.A that during the pandemic funding for food security initiatives was boosted with a one-time infusion last fiscal year " in recognition of the unique and extraordinary challenges associated with COVID." This year UBC has allocated $325,000 to food support including the Meal Share program, low-cost grocery market, Sprouts, Agora, and Acadia food hampers although many of these groups appear to be closed right now. They also have $700,000 in student financial aid available for students suffering from food insecurity.

During the pandemic, UBC funded and ran the Acadia baby program through the Food Hub but it is now a community project also led by the Origins Church. Acadia receives a $5,000 grant from the GVFB in addition to monthly food deliveries and they allocate the money to the baby supply program.

She suggests that the university is under fire because "when there are active articles out there about multimillion-dollar buildings that UBC is building across the province on their campuses it may be tough for people to reconcile that with being asked to contribute to a meal share program," and she confesses to feeling the same. "I just can't get my head around the fact that UBC is potentially leaning on a charity twice to feed their students and at the same time, I'm seeing articles about multimillion-dollar buildings going up."

Boulter is hopeful that last week's meeting will help create a more robust coordinated food security system on the campus and says she has her fingers crossed, "third time's a charm."