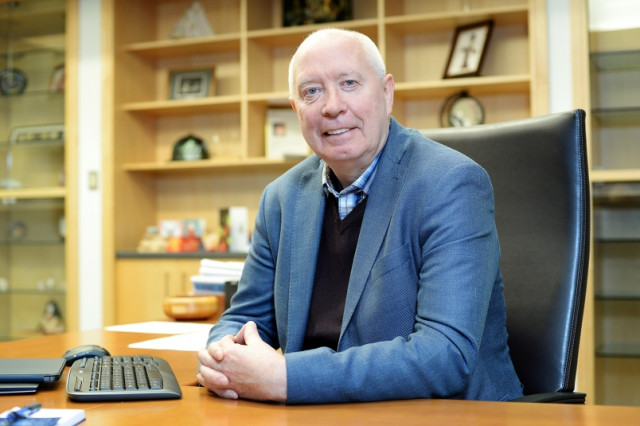 The mayor of Burnaby says municipalities are not at the table for vital discussions on the province’s housing crisis even as Victoria prepares to download responsibilities to local government.

Speaking on the first day of the Union of BC Municipalities (UBCM) convention in Whistler, Mike Hurley said the provincial government intends to mandate responsibility for housing to local government later this year.

He lamented, however, local government not having sufficient say in the process.

“If you’re not at the table, you’re part of the meal,” Hurley said.

The issue of housing has been one of major concern in areas throughout B.C. for years. It’s not just the issue of homeless that continues to increase in communities large and small. It’s also geared to B.C.’s growing population and the need to provide affordable housing for people moving to the province.

It was in June than then-housing minister David Eby said the province could force municipalities to increase housing stock.

Eby said Victoria had two avenues it could follow: to permit construction on provincial government-owned land and ignore local bylaws, or allow the minister of municipal affairs to override locally approved building projects if they were deemed not suitable or if insufficient density was used.

How that plays out with Eby, expected to win the NDP leadership and replace outgoing premier John Horgan, remains to be seen.

Hurley said supply must come with affordability. He dismissed the idea that supply alone would solve the issue.

“If supply alone is the answer, Metrotown would have the cheapest supply in Canada,” he said.

The area around the Burnaby mall complex has boomed in recent years as older buildings have made way for high-rises, changing the skyline of Metro Vancouver.

However, Hurley said, senior levels of government have stuck to the refrain that everything wrong with housing is the fault of local government.

He cited an example of land the City of Burnaby donated for a housing development near the Royal Oak SkyTrain station east of Metrotown. Funding was to be provided through BC Housing, with on-site services, preparation needs and fees handled by the city.

Hurley noted city staff had to fill out 250 pages of forms; however, Hurley said, despite the strength of the application, the project was not selected for senior government funding.

“The model we have for building affordable housing is not working,” Hurley said. “In this case, 134 families do not have homes to live in.”

Coquitlam Coun. Craig Hodge echoed much of what Hurley said.

“Supply is only part of the issue and local governments can’t do it alone,” Hodge said. “This is going to require a collaborative approach.”

He said Coquitlam employs incentives for housing supply as well as having streamlined the development system. Hodge added developers can buy density with contributions to a fund, which has allowed the city to build an affordable housing fund.

Summerland Mayor Toni Boot suggested a review of co-op legislation to make it easier for such housing options to become established.

“It’s not all housing for people who are marginalized,” Boot said, adding much of the issues are about affordability for lower-income people.

The annual UBCM conference gives officials an opportunity to address issues impacting the province and its people. The convention wraps up Sept. 16.