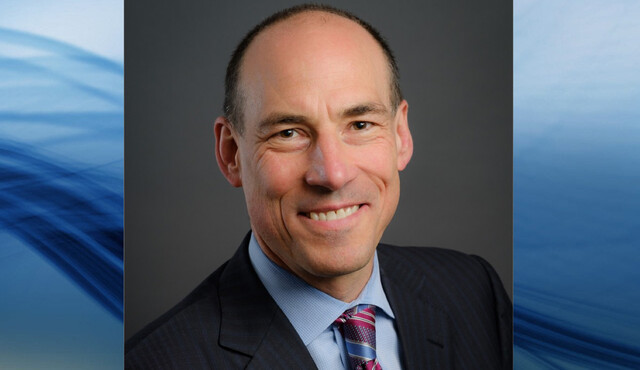 In a lengthy statement released Thursday, B.C.'s Assistant Deputy Attorney General has pushed back against recent criticism the BC Prosecution Service and the justice system as a whole has faced.

Locally, Kelowna RCMP Supt. Kara Triance has been vocally critical of the so-called “catch-and-release” cycle of some prolific offenders, while Kelowna Mayor Colin Basran has pointed the finger directly at the provincial government.

“Enough is enough, the provincial government needs to take action," Basran said last month, calling for a closing of a “catch-and-release loophole.”

But Assistant Deputy Attorney General Peter Juk's says the granting of bail is a “complex and fact-specific” process that is constitutionally and legally mandated to favour pretrial release, given the presumption of innocence that's fundamental to the justice system.

“It is incorrect to suggest, as some have done recently, that the legal principle of restraint and the strong presumption in favour of pretrial release on bail are creations of provincial government law or policy,” Juk says.

“Some have described the constitutionally and legally mandated law of bail as 'catch and release.' This phrase tends to undermine a basic principle underlying all enlightened criminal justice systems: respect for the humanity of all individuals, including those who are accused of crime.

“It also ignores or makes light of how fundamental, complex, and fact-specific the bail process is. When deciding whether to oppose or consent to bail, and on what terms, Crown Counsel must try to balance the public’s right to safety against an individual’s constitutional right to liberty, and their right to be presumed innocent until proven guilty.”

While the Kelowna RCMP has been recently highlighting several repeat offenders who continue to offend once they're released on bail, Juk says these risks are “inevitable” in our justice system.

“Crown Counsel cannot predict the future actions of the accused with certainty, and they cannot eliminate all risks,” he says. “This is inevitable in a justice system based on the presumption of innocence, in which every accused person has a constitutional right to reasonable bail.”

He also notes Crown counsel are specifically prohibited from seeking pre-trial detention or bail conditions to punish an accused or enforce treatment.

“When other sectors of society appear challenged or overwhelmed, citizens tend to look to the criminal justice system to fill the gaps,” Juk says.

“Although it has a critical role to play and must inevitably be part of society’s response, the criminal justice system acting alone lacks the capacity, the tools, and the legal authority to remedy underlying social problems and to fill all the gaps left by other sectors of society.”

Both Mayor Basran and Supt. Triance have come out in favour or mandatory mental health and addiction treatment for those committing criminal acts, something David Eby, BC NDP leadership candidate and the frontrunner to be B.C.'s next premier, suggested last month.

But Juk says these issues should be addressed outside the courtroom.

“The criminal justice system is not a mental health system and Crown Counsel are not permitted to try to use the criminal law to craft a treatment regime for mentally ill offenders,” he says.

In recent weeks, the Kelowna RCMP has been publicly announcing arrests of repeat offenders, highlighting the issues the local police are dealing with. But Supt. Triance's public criticism of the justice system dates back to last October when she held a press conference to express her concerns about the BC Prosecution Service's refusal to immediately lay a murder charge against a suspect until the a full disclosure package was complete.

“That takes a full team of investigators putting everything else aside for up to three weeks to complete in a case like this,” Supt. Triance said at the time.

“I find that concerning, absolutely, because there are no conditions imposed on this individual. And yet I understand that my partners at the BC Prosecution Service are acting within the directives of their policies.”

But Juk says since the Supreme Court of Canada's 2016 decision, R. v. Jordan, which imposed strict time limits on prosecutions, Crown counsel must be prepared to proceed as quickly as possible from when a charge is laid.

“Crown Counsel generally will not approve charges before receiving full disclosure, but in cases where urgency or public safety might be an issue, police can consult with Crown Counsel to seek a waiver of the strict application of the general rule,” Juk says.

If a charge is laid too early, and a prosecution exceeds the mandated time limit, a case could be dismissed by a judge.

Juk also notes that despite the increase in public discourse about prolific offenders and random violent attacks, it may appear that crime is increasing. But he points to the recent Statistics Canada report on police-reported criminal incidents, which shows declining crime rates in B.C.

But in Kelowna, the crime rate increased last year, becoming the worst police-reported crime rate of all census metropolitan areas in Canada. The Kelowna CMA also had the second worst violent crime rate in the country, and the second-worst Crime Severity Index.

Juk ultimately concludes the justice system in B.C. is functioning as intended.

“The system is not broken. No system is perfect, however, and public confidence in the criminal justice system is vital to its success,” he said.

“Public scrutiny, informed discussion, and reasoned debate help to ensure that our criminal justice system is functioning properly. It also assists us in making improvements and adjustments when necessary to make sure we can fulfill our mandate as an independent, effective, and fair prosecution service.”