Booze purchase limits to remain in effect in B.C. 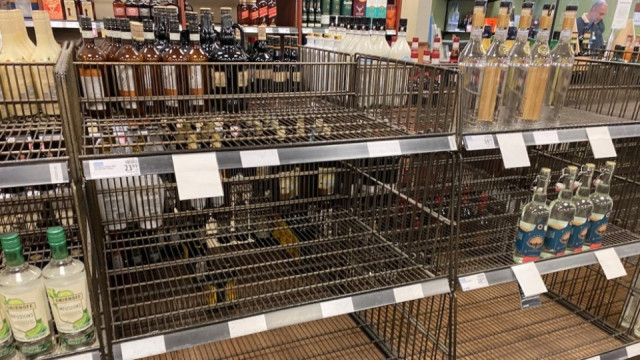 Photo: Glen Korstrom.
Many liquor store shelves have been empty for more than a week.

The British Columbia General Employees Union (BCGEU) has stopped picketing alcohol warehouses but that does not mean that empty liquor store shelves will be restocked soon.

Purchase limits are set to continue and restaurant owners' orders could take weeks to be filled, BC Restaurant and Foodservices Association CEO Ian Tostenson told BIV.

"We have been informed that in an effort to get shipments moving again limits on purchase maximums will remain in place until next week," Tostenson said this morning in a letter to his association's members.

The British Columbia Liquor Distribution Branch (BCLDB) put in place restrictions on how much customers could purchase at any one time.

People could buy three of each product, except for beer.

He estimated that for every week of labour disruption, it will take two weeks to smooth out distribution. BCGEU members stopped the flow of alcohol for 15 days.

BCGEU workers on Aug. 15 started picketing British Columbia Liquor Distribution Branch (BCLDB) warehouses in Richmond, Delta, Kamloops and Victoria, thereby disrupting the flow of alcohol from distillers and wineries based outside the province to government-run and private stores.

Beer distribution was not disrupted because it is warehoused separately.

“Following a return to the bargaining table, the BCGEU’s public service bargaining committee has stood down job action at BC Public Service worksites as a sign of good faith,” the union said in a statement yesterday morning.

"The committee returned to the bargaining table with the BC Public Service Agency last Thursday and has made significant progress. The two sides will continue to meet throughout the week, hoping to finalize a tentative agreement."