A hacking scheme is alleged to have been largely orchestrated by a group of British Columbians to facilitate fraudulent penny stock deals, the U.S. Securities Commission alleges. 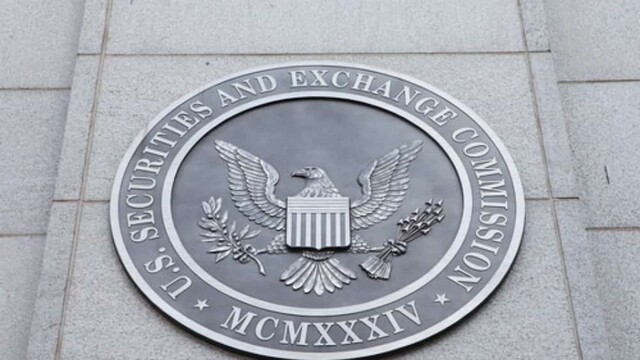 Photo: Contributed
A hacking scheme is alleged to have been largely orchestrated by a group of British Columbians to facilitate fraudulent penny stock deals, the U.S. Securities Commission alleges.

Two B.C. families are accused of fraud against U.S. retail investors in an arrangement that spanned from Metro Vancouver to the Bahamas and Switzerland.

The U.S. Securities Commission filed a civil action on Aug. 15 in the Northern District of Georgia federal district court alleging a group of British Columbians were involved in a "fraudulent hacking scheme" against retail brokerage firms that generated $1.3 million in profits.

The commission has named 13 individuals and five corporate entities as defendants. They're alleged of purchasing large quantities of shares of the companies, conducting public promotions of those companies and orchestrating the hacking of brokerage accounts to purchase company stock while simultaneously selling their own.

The commission further alleged that some defendants failed to file beneficial ownership reports to conceal their considerable control of the companies' stock.

Zoltan Nagy, 55, a resident of Port Coquitlam with stated ties to Point Roberts, founded Lotus in 2011 and has been its controlling shareholder and sole director for much of the past decade, according to the commission.

Nagy partnered with Richmond resident and penny stock promoter Richard C. S. Tang, 44 and his wife Anna Tang, 43, to have Nagy's Lotus shares deposited into brokerage accounts. However, the claim does not explain how.

"Nagy and R. Tang then worked together to backdate and forge paperwork to establish the Tangs as the purported owners of Maximum and Harmony (and the entities' LBTD shares) as of 2013 and 2014, even though those entities were not formed in the U.S. until 2015," the claim states.

The Tangs then turned to Vancouver resident Davies Wong, 62, and his daughter Breanne Wong, 33. She is a resident of Vancouver and Panama and has held a Canadian securities licence since 2011, and has worked as a broker in Panama.

The Wongs controlled 680220 BC Ltd., a privately held Canadian entity that traded Lotus stock upon receiving it from Harmony and Maximum.

The commission alleges the Wongs hid their beneficial ownership of Lotus through offshore accounts in the United Kingdom, Belize, Bahamas and Switzerland, including Swiss asset management firm Silverton S.A.

Silverton S.A. is a significant player in an alleged international stock scheme the commission says was largely orchestrated from Vancouver by Frederick Sharp — a former lawyer turned offshore shell facilitator. Sharp is now subject to civil forfeiture proceedings in B.C. after a default judgment deemed Sharp committed securities fraud. Silverton was also found guilty of fraud in a civil case on June in a federal district court in Massachusettes.

The commission's claim alleges how tens of millions of Lotus shares were transferred between these corporate entities until finally landing in retail investors' accounts for fraudulently inflated prices. The Wongs, alleges the commission, were the "principal sellers" as Richard Tang orchestrated marketing promotions.

Integral to the scheme, alleges the commission, was the use of POP Holdings Ltd. of the Dominican Republic and H.E. Capital S.A. of Nevis.

These two shells were jointly owned by British citizens Christopher R. Smith, 52, and his father, Richard Smith, 78, both resided in the Dominican Republic.

These shells were used to pay 45-year-old Rahim Mohamed, a Canadian residing in Calgary and the Cayman Islands, who allegedly orchestrated the hacks.

"In early October 2017, POP wired approximately $200,000 to Nexium, an entity controlled by Mohamed, and H.E. Capital wired approximately $320,000 to relief defendant Distributions Bano, which, upon information and belief, was operated by associates of Mohamed during the relevant periods," the claim states.

According to the claim, Nagy, the Tangs and the Wongs "knew or were reckless in not knowing that the primary violators were engaged in fraudulent activity, and they knowingly, intentionally, and/or recklessly provided substantial assistance to the violations."

Also named as defendants are Robert Seeley, 48, a British citizen and Phillip G. Sewell, another British citizen residing in Vancouver, who, according to the claim, co-founded with Davies Wong Catalyst Capital Group Inc., a Canadian financial advisory firm.

The defendants are presumed innocent of the multiple charges they face against the U.S. Securities Act.

The commission posted the civil claim on Aug. 16.