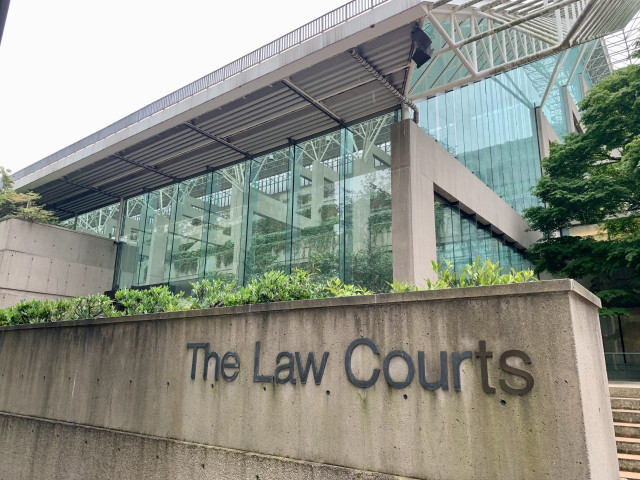 A former Vancouver TV host charged with assaulting a police officer in a court mask-wearing dispute has elected a jury trial in B.C. Supreme Court.

Marrett Alexander Green is charged with harming Vancouver Police Department (VPD) Const. Cain in an assault, assaulting that officer while they were engaged in their duty and attempting to take a weapon from the officer.

The charges relate to a Jan. 26, 2021 scuffle between a man allegedly refusing to wear a mask when entering the downtown Vancouver Law Courts. Court rules at the time mandated mask use.

Police were called when the man refused to comply.

In the incident that followed, one officer suffered a broken leg.

Court registry proceeding records show lawyers have been directed to set two days for a preliminary inquiry in the case.

Such inquiries are held before a judge to determine if there is sufficient evidence to proceed to trial.

“This was senseless, this was reckless and this was unnecessary,” VPD spokesperson Const. Tania Visintin said at the time.