Crime index skewed for some 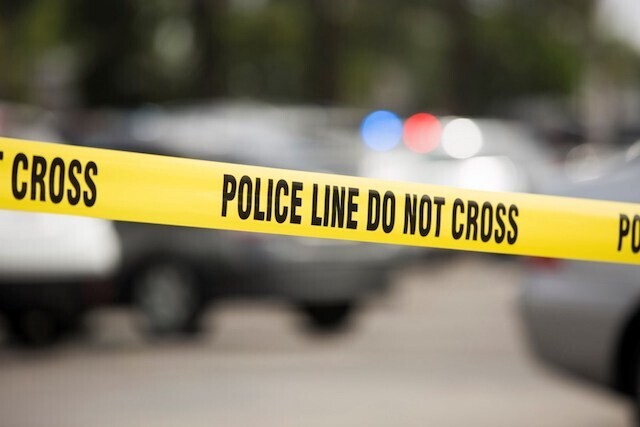 Every year when Statistics Canada releases its Crime Severity Index there are two things people can bank on – larger cities using it to claim it highlights the need for more resources and a new approach to policing, while many small towns around the country will roll their eyes and dismiss the index as a poor indication of the level of crime in their communities.

Turns out, both reactions may have equal merit.

Rob Gillezeau, assistant professor of economics at the University of Victoria who has studied the economics of policing, said high numbers, especially in smaller communities, may paint a misleading picture.

That’s because the index, which measures the volume and severity of police-reported crime in any given year, is designed to try to provide a more meaningful interpretation of broad statistics by weighing the severity of crimes reported.

The idea behind giving more weight to more serious crimes is to stop people drawing the wrong conclusions about crime rates based on high numbers of minor crimes like petty theft.

“Part of this is just going to be genuine variation in crime and the type of crime across municipalities,” said Gillezeau. “When we get into smaller cities, it takes fewer incidents to meaningfully shift the value of the CSI.

“The other dimension that would be at play for some municipalities is that the CSI is scaled by population. So smaller cities that get a good amount of traffic [relative to the city’s population] from outlying regions will also see their CSI inflated as a result.”

“Particularly for smaller populations, relatively severe violations and criminal events and changes in policing practices can result in more volatile increases or decreases to the Crime Severity Index,” Kathleen Marriner, communications officer at Statistics Canada, said in a statement. “For example, a double homicide in a small town will likely cause a large increase in the rate of homicide for that town where there may typically not be any homicides in a given year, which as a result, will also cause a large increase in the overall CSI as well as the violent CSI for the town.”

That may be why the top five highest index ratings in B.C. for 2021 were for small communities, where a single homicide or one major incident can have a dramatic effect.

By comparison Victoria was 148, Greater Victoria was 71.5 and Vancouver was 90. The provincial average was 93.

The highest index ratings on Vancouver Island were for Port Hardy at 211, Duncan at 192 and Port Alberni at 176.

Port Alberni Mayor Sharie Minions said that rating is not necessarily an accurate reflection of how safe the community is.

“We know that the needle moved in our direction unfortunately this year as a result of a few homicides, and those are big things,” she said. “That’s a huge incident happening in your community.”

Minions said while the city is not trying to play down incidents like that, she said the violent crime statistics and in turn the CSI don’t differentiate between incidents that are a danger to the public or more isolated incidents.

“We feel like that this ranking doesn’t necessarily represent whether Port Alberni is a perfectly safe community to be in or not,” she said. “And I think that’s where you find smaller communities getting a bit frustrated and discouraged by these rankings.”

She said it’s especially frustrating when a community like Port Alberni is trying to shift the conversation about itself to focus on growth and possibility.

“We’re very aware of (the index ranking), not necessarily because we feel it really changes what’s going on in the community by any means, but more because we recognize that it may change people’s perception of our community.”

Staples said Duncan, with a rating of 192, is a city of 5,000 people, but its services and police have to deal with a surrounding area population of 40,000.

It’s the same problem that faces Victoria. The city has a rating of 148 because it is the entertainment centre and playground for the entire region. Greater Victoria as a whole has a much lower rating of 70.

“It’s an ongoing frustration for me,” Staples said of being singled out as having a high rating. “We can’t own this, this belongs to the region. And at the same time I recognize that these (criminal incidents) are still happening.”

Staples said in Duncan’s case the conversation should be held among the regional municipalities, who all have a share in that figure.

Minions also noted that she is not downplaying the crime that has occurred.

“It’s real crime that’s going on, it’s important and it needs to be addressed,” she said. “(The rating) just doesn’t necessarily represent whether you feel safe in our community or not. And I think most people who live in our community do feel safe.”

Minions said it may help to attract more resources to the problem, something she said all communities desperately need.

“It’s never enough. That’s is just the reality of crime getting more and more complicated all the time.”

RCMP spokesman Alex Berube said the index needs to be properly analyzed as it may not reflect what is happening in a region after you’ve factored in the size of the population, and the number of incidents.

“While there’s no doubt Vancouver has way more calls for service than Port Alberni, the CSI will show it differently. For example, let’s say there was 20 robberies in Vancouver the year before and this year it had 25 robberies, we would look at a 25 per cent increase in robberies. But if in Port Alberni there were five robberies the previous year and 10 the following year, we are looking at a 50 per cent increase,” he said.