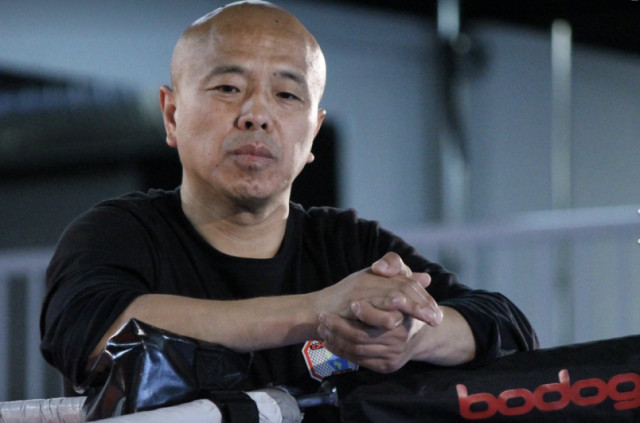 A man accused of being a central figure in B.C.'s casino scandal could soon lose $10 million in real estate if the B.C. government has its say.

The B.C. government has filed a civil forfeiture lawsuit against Richmond's Paul King Jin, aiming to seize his commercial strata property at 2420 Haywood Ave. in West Vancouver and the Collingwood Garden's apartment complex in Vancouver's Kitsilano.

The July 22 claim accuses Jin of laundering proceeds of crime through the properties.

The director of civil forfeiture alleges Jin is the beneficial or "true" owner of the properties listed on land titles as being owned by two companies run through a sole director — Jin's niece Yuanyuan Jia.

The claim further alleges Jin used his Hong Kong company Everwell Knight Limited to register the mortgages and assignment of rents against the apartment complex. The mortgages, the claim states, are illegitimate and were used to launder the proceeds of crime.

"Jin has been engaged in large-scale money laundering activities …involving licensed casinos, illegal gaming houses and an unlicensed financial institution since in or about 2012," the claim states.

Despite being banned from casinos in 2012 for five years, the director alleges that "Jin and his associates were involved in 140 casino transactions totalling $23,501,456" between June 2012 and June 2015.

They are last known to live in Richmond's prestigious River Green condo community.

When gambling patrons were short on cash, Jin filed claims against them in B.C. courts. The civil forfeiture director states between January 2013 and March 2018, Jin and his spouse filed 24 court actions against borrowers seeking to recover over $21 million in loans.

Despite currency outflow controls established by the Chinese government, it's alleged Jin and his spouse used their bank accounts and their parents' accounts "to transmit large amounts of money from China to Canada as part of their money laundering and unlawful gambling enterprise."

Some of the money Jin allegedly moved went through an illegal underground bank called Silver International in central Richmond.

On Sept. 18, 2020, Silver's operator Jain Jun Zhu was killed in Richmond's Manzo restaurant while dining with Jin, who was injured by a bullet.

The business allegedly catered to local, Mexican and Chinese organized crime rings. It was allegedly integral to the so-called "Vancouver Model," wherein locally earned illicit drug proceeds were turned into assets or gambling losses and then paid back in China via Silver's network.

Despite multiple forfeiture claims against Jin, including for property in Richmond, cars, cash and seized casino chips, he has not been criminally charged. A federal RCMP investigation against Silver folded on technical errors.

Zhu's spouse and alleged accomplice, Caixuan Qin, has already forfeited over $1 million plus casino chips found in her possession.

A forfeiture claim cannot be used in criminal proceedings. It uses police information, as explained by the office's website: "To succeed in a forfeiture claim, the director does not need to prove that you were convicted of a crime. The director must establish that the property in question is either proceeds or an instrument of unlawful activity and will use the evidence gathered by the police in making its case.

"If the director establishes its case and a judge of the Supreme Court decides that property should be forfeited, the next step is for the judge to consider whether it would be in the interests of justice to order forfeiture."