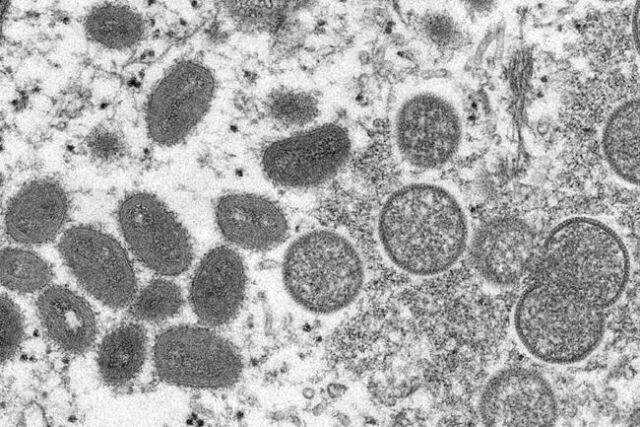 Photo: Contributed
The monkeypox virus as seen under a microscope.

Interior Health will not say where in the Interior the first two cases of monkeypox were detected.

In response to a query from Castanet, an IH spokesperson said the two cases were confirmed on Thursday through laboratory testing at the BC CDC.

“We are not able to provide the location of the cases to protect patient privacy,” the response said.

Monkeypox has now been detected in Interior Health.

According to the BC CDC’s website, two cases have been confirmed in the health region, bringing the total number of cases in B.C. to 98 — the vast majority of them in Vancouver Coastal Health.

“B.C. is working closely with federal and provincial partners to stop the spread of monkeypox,” the website reads.

“The risk to the general population in B.C. is considered low.”

There is no indication where in Interior Health's area the cases were confirmed. Castanet has asked IH for further information.

Most cases have been spreading among men who have sex with other men, but the virus can also spread through close non-sexual contact.

Across Canada, more than 1,000 cases of monkeypox have been confirmed.