Multiple arrests after skirmish between VPD and crowd in Downtown Eastside 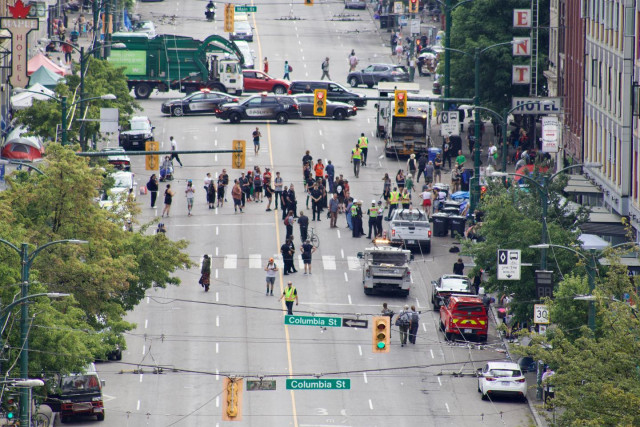 As officers were taking him into custody, the man allegedly resisted arrest and fought with police when a large crowd gathered.

The VPD reports several police officers were assaulted by the crowd and multiple arrests were made when the crowd and officers in the area engaged, though they do not comment on how the incident broke out or what the individuals were arrested for.

The release also did not include how many people were arrested.

The incident coincided with a large number of VPD officers in the Downtown Eastside while city workers removed tents along Hastings Street.

Videos of officers lining the intersection of Main and Hastings have been posted to Twitter, and the PACE Society reported that "police arrested advocates from @pivotlegal and @VANDUpeople."

PACE also says of the city's controversial action that "this is an extremely chaotic and harmful way to treat people who have already been failed by the system over and over again."