A plethora of postcards 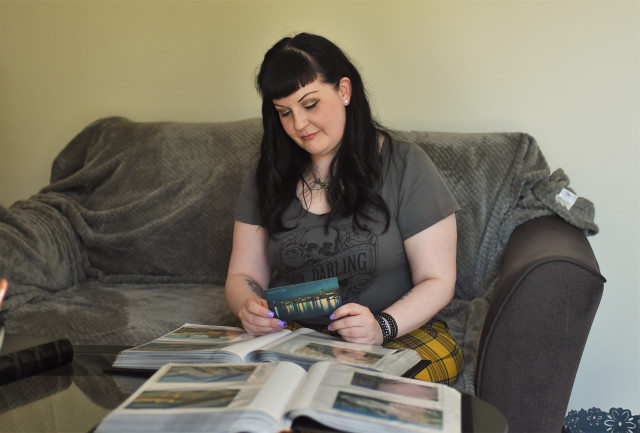 Photo: .
Geniffer Darling has albums full of postcards capturing Vancouver over the years, particularly the 1990s.

But hundreds of postcards Geniffer Darling has collected have one thing in common: They're images of Vancouver.

To her, postcards are more than just some cardboard and a pretty photo. In fact, many in her collection don't have some stunning photo or an amazing piece of art; she has a whole section dedicated to old roadside hotels.

Instead, they (when it's the right one) impact her.

The sentimentality of collecting

One of the types of cards she likes to collect is those that depict Vancouver at night.

"City lights always get me," Darling explains, pointing out how emotional a visual moment can be, like when hits you in the heart or chest. "That's what this is," she adds.

Darling says the visual contrast of light and dark on postcards is “the epitome of Vancouver.”

Since the photos were taken without her, there's a certain mystery to the moments captured, as well, wondering what was happening at that place, that moment, wherever and whenever it may have been.

Some of the postcards do evoke real memories for Darling, however, since she's been to some of the places depicted.

"I remember going to the planetarium when I was in high school with friends and seeing Laser Offspring," she says, pointing to a postcard of the giant crab sculpture. "It was exactly this shade of night."

What's in the postcard collection

With hundreds of cards spanning over a century, there's room for a few themes in Darling's collection. She has a soft spot for postcards produced when she was growing up in the city in the 90s, but she doesn't limit herself to that.

There are the classic tourist sights, hotels, parks and even a few dedicated specifically to the SkyTrain. Some of the street scenes she's particularly fond of because they're not necessarily showing a notable spot.

"It's Water Street and Cambie," she says of one as she flips through an album. "And it's not very remarkable in any way that I can see.

"And that's why I think it's interesting. Because like, who would really want to send this?"

She notes that she has used and new postcards, since it's "all about the picture on the front." That means she has a fair amount of random tourists letters to loved ones in far-off places; she reads them (at least, the ones in languages she can understand), and says the messages add another dimension to her collection.

There is one type of card she does avoid: recent ones. It's not because she has something against current cards, but they're often cheap and don't impact her the same way.

Though Darling grew up in Vancouver, she left when she was in her early 20s, after getting married and moving to Seattle.

Darling lived in Seattle for years and returned to Canada near the beginning of the pandemic: "Career and money. Not a good reason to stay anywhere."

She's always loved sending and receiving mail; in fact, she has 35 active pen pals right now she sends letters to - including postcards.

Combine her deep-rooted love of Vancouver and mail, add in a longing to return home that welled up just before the pandemic, and you've got the start of Darling's collection.

She jokes she "fast-tracked" her collection, accumulating so much in just three years.

Building the collection was also a money-saving strategy, Darling adds. "It was like, 'Oh, let's buy this $5 postcard, instead of buying that $25 blouse.'"

The collection now and into the future

There's an audience for her collection, Darling found, and she's created an Instagram account to share her collection with fans of Vancouver and postcards. She's hopeful seeing the images will encourage people to take a moment to appreciate the place they're in.

"The city has so much beauty and there's so much to offer everybody," she says of Vancouver. "I wish that people would just slow down and look at it."

She's even sent postcards to people she's met on Instagram; direct messages are fast, but there's more meaning with a postcard, she notes.

"Everyone wants, to get something in the mail. Like, why not? Wouldn't you?" she says.

The future of the collection is growth she says; there's no intention to do anything more with it for now.