No damage expected after 4.6 magnitude quake off BC coast 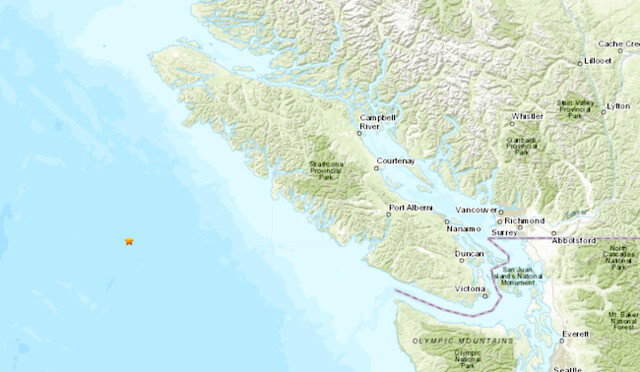 A minor offshore earthquake has been recorded off the coast of Vancouver Island.

It was recorded at a depth of 10 kilometres.

There are no reports of the quake being felt on land

Earthquakes Canada said the epicentre was 142 kilometres south southwest of Port Alice, or about 348 kilometres west of Victoria.

The agency said there are no reports of damage or injuries, and no expectation of a tsunami.