Evacuation alerts issued for fires near Kaslo and Cranbrook 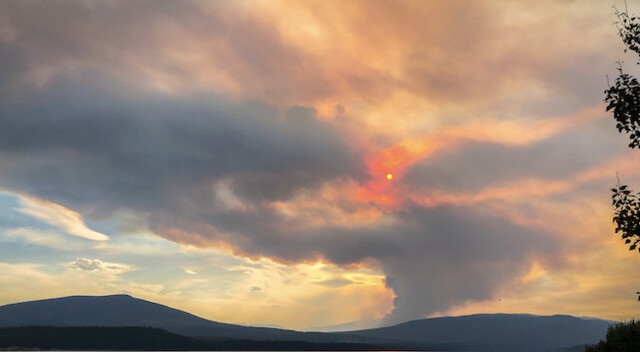 The Regional District of Central Kootenay has issued evacuation alerts for two fires burning in the region.

The Connell Ridge wildfire has been mapped at 1,400 ha and is burning approximately 15 km south of Cranbrook.

The flames were being fought by 54 firefighters and one helicopter.

The primary objectives for personnel is setting up structure protection on cabins in the vicinity of the fire and helping to establish staging areas.

Crews on the ground will be supported by heavy equipment that is being moved into the staging area today and will be establishing machine guard in strategic areas. Heavy equipment makes guard construction and fuel removal move faster and can operate in the evening hours when fire behaviour tends to be calmer.

Helicopters will be bucketing on the South and West flanks to continue cooling the fire and reducing activity along the edge.

Fixed wing aviation resources will be available to support as needed.

At the Briggs Creek, the fire continues to maintain its position high on the slope. When it has moved down slope it has been met with a change in fuel type that is not as easy to burn.

The fire is visible to the town of Kaslo and surrounding areas. In the evening hours, the fire is magnified by the darkness and may appear closer than it is. Ground crews continue to monitor the fire late into the evening and early morning hours to ensure we are aware of any unwanted growth.

There are nine firefighters and one helicopter battling the fire that is currently burning in steep terrain that won’t allow for the use of heavy equipment at this time.

The majority of this fire is growing upslope at high elevation in unworkable terrain, responder safety is the number one priority, this area poses significant challenges to crews and resources.

Neither blaze is classified as an interface fire.