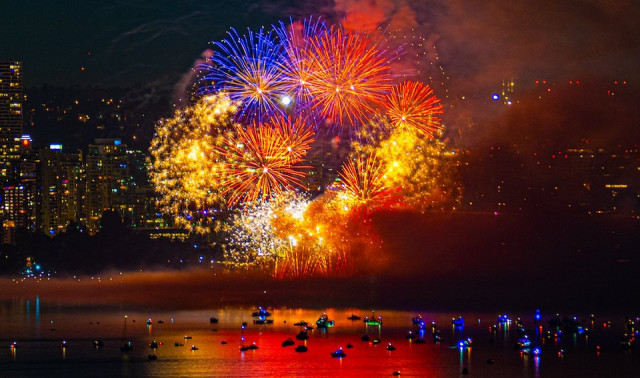 Canada has been declared winner of the 2022 Honda Celebration of Light fireworks shows in Vancouver.

Team Canada "received the honour based on a performance for the ages, and despite stiff competition from team Japan, represented by Akariya Fireworks and team Spain represented by Pirotecnia Zaragozana," explains a media release issued August 2 about the winning team.

“Canada executed their performance to near perfection, taking advantage of the barge space and maximizing the limitations of their equipment to deliver a show we’ll be talking about for years to come,” says Kelly Guille, President of Archangel Fireworks Inc. in the media release “There wasn’t any moment that didn’t feel carefully curated – the visuals, soundtrack and overall energy was utilized to its full potential."

Team Canada's show kicked off with songs from the Pirates of the Caribbean film franchise, and their set included fireworks set off to familiar tunes like Bobby Darin's "Beyond the Sea," Hall & Oates "You Make My Dreams," and the Village People's iconic "YMCA."

This year, the Honda Celebration of Light marked its 30th anniversary, and estimates put all three nights of attendance at 1.3 million people, according to organizers. The three-night event is B.C.’s largest public event and the longest-running offshore fireworks competition in the world.