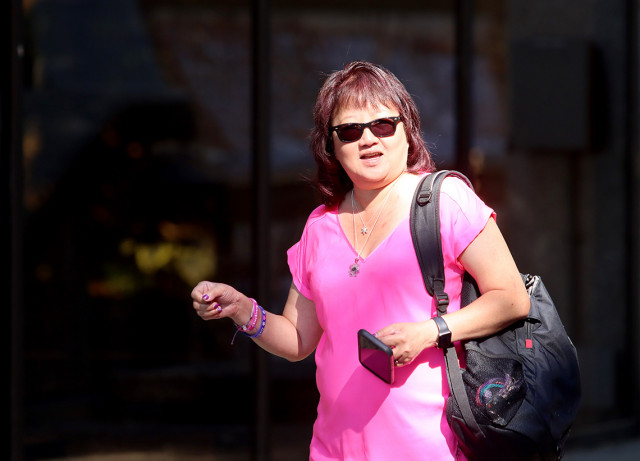 And, in the eighth week of the trial at BC Supreme Court in New Westminster, defence counsel Joe Saulnier told Justice Martha Devlin and the jury he would not call evidence in the prosecution of his client, Aydin Coban.

At the start of Crown’s closing argument, prosecutor Kristen LeNoble offered a road map to the jury that, she says, will link Coban to 22 online aliases used to harass, exploit and lure the teenager “with child pornography of her that he knowingly possessed.”

Coban of the Netherlands is charged with five counts:


None of the allegations is proven in court; Coban has denied the charges.

LeNoble said the Crown’s theory — as presented by 30 witnesses, including nine experts from around the world, and 80 exhibits — is that digital messages sent by the fake aliases to Todd, as well as her friends and family, about her “caused her to fear for her safety.”

In the Crown’s closing address, which is expected to last two days, LeNoble laid out the timeline in which the offences are alleged to have happened.

The first encounter came in November 2009, when Todd was 12, via Facebook from an account user named Daimon Luci. In the message, which included a video URL of Todd, he demands that Todd give him her Skype address “or I will send this video to all the Todd family.”

“Don’t delete this account or I send it instantly. I have saved them all really so pointless. Give me your Skype and get on it,” Luci orders her.

About a month later, the Crown told the jury, Todd received a Skype message from a user named marzattack1, who again threatened to expose her to her family, peers and local newspaper with the release of a video of her.

Todd was also lured by a Facebook user named Tomas Coco Pops and a Skype user named zackzoof whose aim was to “gather content about Amanda Todd,” make sexual references and lower her inhibitions, LeNoble alleged.

The latter two users then distributed child pornography to Todd’s family and friends, as well as her school in Maple Ridge, on Dec. 22, 2010, the Crown alleged.

LeNoble said the evidence shows overlapping messages between Todd and some of the account users — that is, communication happening at the same time — as well as references to names on her social media platforms.

In a message with toddtit, Todd, who went by the name cutiielover, asks the user to give her the video of her flashing her breasts.

“Once a week we just do fun stuff on cam is all” before the messages become more demanding for intimate content from her, LeNoble said.

“There are videos and pictures of Amanda (Todd) showing herself naked and doing very sexual things in front of hundreds of guys on BlogTV and TinyChat, Skype, MSN, etc.”

On Dec. 23, 2010, LeNoble said, a Facebook account was registered in the name of Kody Maxson sent out a similar message — with video links — to 99 Facebook users, of which 28 were family and friends of Todd’s.

And while some people defended her, including one who called him a “creep,” other online friends “piled on with the harassment of Amanda Todd” who was fearing “for her own psychological and emotional safety,” LeNoble said.