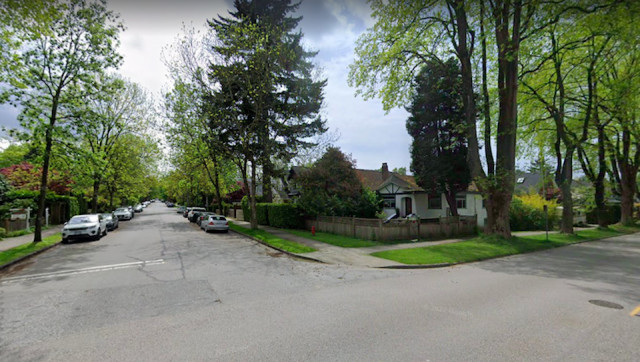 A Vancouver mother says her daughter was violently mugged by two strangers in Kitsilano in the wee hours of Monday morning.

Mirella Gibeau's daughter was walking near the intersection of Waterloo and West 10th streets around 3:30 a.m. when she was approached by two masked men, Vancouver Police Department spokesperson Sgt. Steve Addison said.

Police believe they punched her repeatedly in the face as they attempted to rob her.

"She was doing nothing wrong ... minding her business," Addison said.

After the attack, the victim did the right thing by getting to a place of safety and reporting the incident to police, Addison noted.

Police believe the men are in their 20s but cannot provide a further description as both of their faces were covered and it was a "blitz-style attack."

The VPD has extra officers out in the neighbourhood who are increasing patrols and an investigation is ongoing.

Gibeau took to social media Monday to state that her 30-year-old daughter was punched seven times in the face by one of the attackers.

In a subtweet, the Vancouver mother said, "We should feel safe to walk in our city. Period. Full stop."