BCGEU preparing to strike as talks with government break down 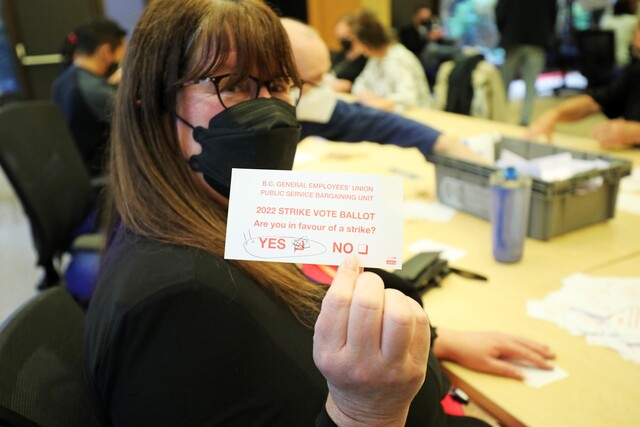 Major job action could be on the horizon for B.C.’s government employees.

The BC General Employees’ Union, which represents 33,000 members in the provincial public service, announced Monday that contract talks with the government have broken down.

In a news release Monday, the BCGEU says its latest “creative proposal” was responded to with an “unacceptable ‘take it or leave it’” approach at the bargaining table.

“To say we are disappointed is an understatement: despite our best efforts to bridge the gap, government has refused to table a proposal that meets our members’ key demand of cost-of-living protection,” said Stephanie Smith, BCGEU President and chair of the Public Service Bargaining Committee.

“Our members have told us since the beginning of this round of bargaining that they would not ratify a deal which did not address the increasing cost of living.”

The union says the province’s proposal does not adequately address inflation and amounts to a wage cut.

“We were surprised that the employer was unwilling to come back to the table with a counteroffer,” said Smith.

“Our union's revised wage proposal is within the monetary framework that government has laid out, and yet the employer was not willing to budge, notwithstanding over $16 billion in unallocated reserves in their most recent fiscal plan.”

BCGEU says it in planning “strategic, targeted job action” and is in the process of finalizing essential services with the assistance of the Labour Relations Board.