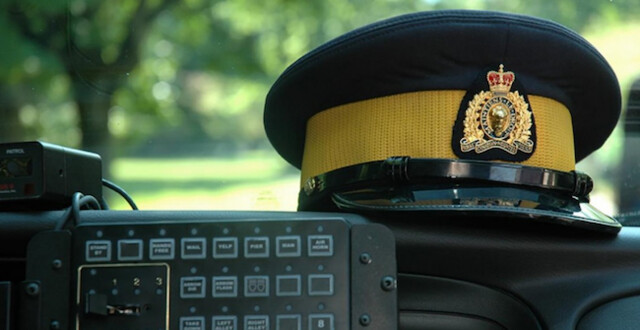 Selkirk College president Maggie Matear says the student was among 19 students and staff, mostly from a five-week language program, who were on the BC Transit bus that was involved in the collision last week between Castlegar and Nelson.

A statement from Castlegar RCMP says the crash happened Thursday as the 18-year-old woman and 15 other Quebec students were aboard the bus while taking part in the program at the nearby college.

Police say the bus was side-swiped by an oncoming Purolator van, injuring the female student, who was sitting at the window where the bus was hit.

The teen's classmates administered life-saving first aid and the police statement says she was transferred to hospital, where she had been on life support.

Investigators are trying to determine why the van veered into the bus and are seeking any dashcam video from vehicles that were just ahead of the bus before the crash on Highway 3A at about 4:30 p.m., on June 30.

"The college community grieves with the other students in the program, our faculty and staff who were just getting to know the student, and all those who are feeling this tremendous loss," Matear said in the statement.

RCMP victim assistance workers and counsellors from Selkirk College are working to support the remaining members of the Quebec group.

Selkirk College says all other students and staff involved in the crash were assessed in hospital and were released later that evening.

British Columbia Premier John Horgan says he was saddened to learn about the accident.

"We are in contact with the Government of Quebec to offer any assistance necessary to ensure families can be with their loved ones," Horgan said in a statement. "Counselling and trauma support is also being made available for everyone involved."

The college said the Quebec students in the Explore Program arrived in the region in late June to immerse themselves in English.

It said it delivers the program with the addition of 40 international English Language Program students who arrived at the beginning of July as part of the broader language and cultural exchange based out of Nelson.

A collision on Highway 3A, near Castlegar between a BC Transit bus and a courier, has left an 19-year-old student on life support.

BC Highway Patrol tells Castanet a Purolator courier van collided with a BC Transit bus on Thursday, June 30 just after 4:30 p.m. The BC Transit Bus was headed eastbound on Highway 3A when it was sideswiped by an oncoming Purolator courier cube van. There were 16 students visiting from Quebec as part of a program at Selkirk College among the passengers on the bus. One of those, an 18-year-old female, was gravely injured as she sat next to the window where the van struck the bus.

The injured student was transported to Trail Regional Hospital and then Kelowna General Hospital where she remains on life support, she is not expected to survive.

The driver of the van stayed at the scene and is cooperating with authorities.

BC Highway Patrol Nelson is attempting to determine why the courier driver crossed over the center line and is looking for anyone with dashboard camera video of the incident.

Video from the BC Transit bus showed three vehicles, a blue 2-door coupe, a silver SUV, and an older grey Pathfinder, driving behind the courier driver who may have specific information. Anyone with information is asked to contact BC Highway Patrol Nelson at 250-354-5180 and cite file 2022-3153.