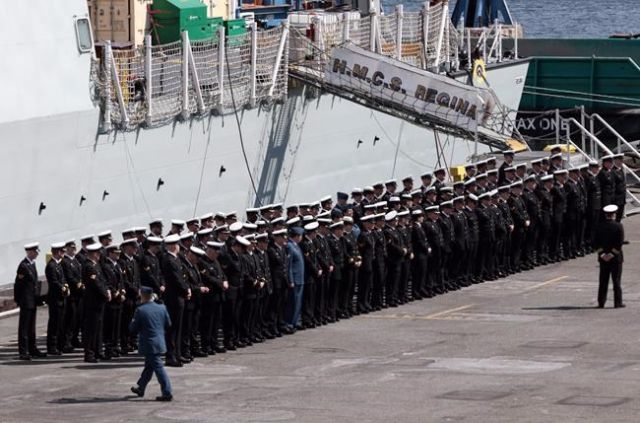 The Royal Canadian Navy says it has relieved the commanding officer of a warship in the Pacific Fleet.

In a release Thursday night, the navy says it has lost confidence in the judgment of Lt.-Cmdr. David Dallin of HMCS Regina.

The navy says it took action after an incident that recently took place on another vessel during a naval training exercise.

Details of what happened were not released.

Commodore David Mazur, commander of Canadian Fleet Pacific, says in the release that the incident remains under investigation, but involved "inappropriate conduct."

The navy says Cmdr. Meghan Coates has now assumed command of HMCS Regina, a Halifax-class frigate based at Canadian Forces Base Esquimalt, B.C.

"The RCN expects all its members to exercise institutionally appropriate judgment at all times, especially when in clear leadership or command roles," the navy said in the release.

The navy says Dallin will serve in other roles within Maritime Forces Pacific at Canadian Forces Base Esquimalt until the conclusion of the investigation.