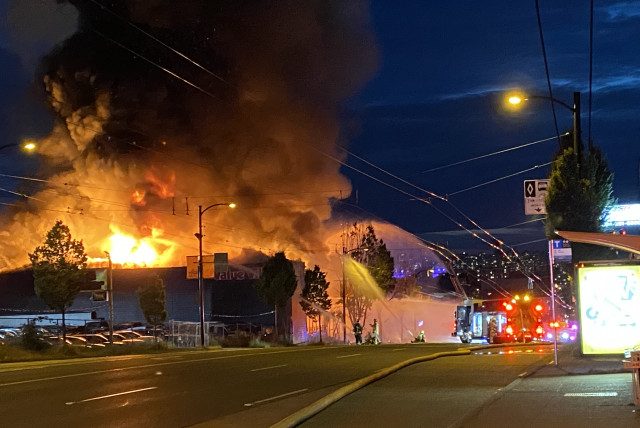 The fire broke out near the Value Village at 1820 E. Hastings Street just before 10 p.m. Wednesday.

Multiple firefighters responded to the area.

Witnesses at the scene say firefighters were trying to stop the fire from spreading to nearby buildings and they heard "explosions" in the area.

A large glow could be seen from the fire and a plume of smoke filled the sky.

There are no details about what started the fire or if anyone suffered any injuries.

Glacier Media has reached out to Vancouver Fire Rescue Services for more details.